Province delays move in for some residents 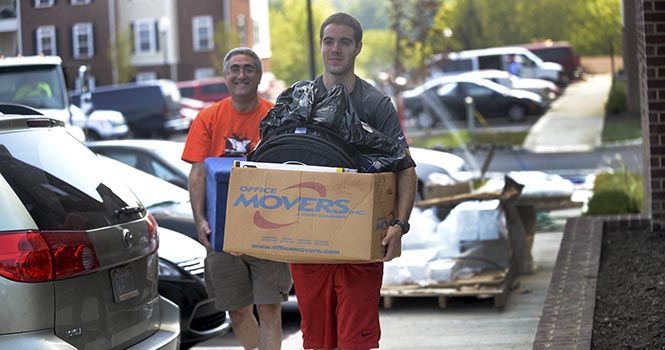 Four apartment buildings that are part of an off-campus housing development, The Province, will not be ready for students.

An email sent on Aug. 21 to residents by The Province staff confirmed that buildings L, M, N, O were not completed by the schedule move-in date of August 25. The email also stated various forms of compensation and housing options for the displaced residents.

The Province staff declined to comment on the situation.

The residents were notified via email six days before they were supposed to move in, according to building O resident, James Waldron.

Waldron, a senior biotechnology major, said he will be commuting from his parents’ house, temporarily, since his apartment is not completed. Waldron said he is being compensated by The Province staff for the “inconvenience.”

“The Province is waiving one month of rent, paying me $20 per day in FlashCash for meals, and since I will not be staying in the hotel they offered, they are crediting my account $40 per day in travel,” Waldron said.

Waldron noted his move-in date was scheduled for Aug.23, according to his contract. He said he specifically asked the leasing office when he signed his lease if there was any chance of the buildings not being finished or any sort of construction delay. He said they assured him that the apartment would be ready.

“Originally I was pretty pissed off since they guaranteed my apartment would be ready, on time, on multiple occasions,” Waldron said. “I broke my ankle last week, so this whole situation really hinders my ability to get to class and campus since I can’t drive with the injury. I still believe priority should have been given to the residential buildings instead of the clubhouse, which was completed weeks ago. This past winter was the mildest we’ve had in a very long time and they had ample time to finish construction.”

For students who live too far to commute, The Province is temporarily housing them in hotels. The email states residents will have to live out of a hotel for, at least, the first week of school.

Andrew Hollern, a senior exercise science major, will be living at the Holiday Inn until his apartment is complete.

Hollern said he thinks The Province is doing a good job of trying to accommodate their residents by paying for the hotel, food expenses, and transportation to campus from the hotel and waiving the first month’s rent.

They are also paying for storage space near the apartment complex for residents’ belongings.

“But I feel like that still isn’t enough to accommodate me, or everybody else,” Hollern said. “Their other option is for students to commute and obtain $40 reimbursement per day. That’s great if you have connections to houses around the area or live close. But if you’re from out of state like I am, you probably have nowhere else to go. Plus, I can’t sleep on a couch for seven to 14 days especially when there is no guarantee that the apartments will be finished by then.”

Hollern said he was never warned that this might happen. He was told his apartment would be ready.

“In fact, they did the exact opposite,” Hollern said. “I signed back in October, having a head start compared to most of everybody else. Their exact words were ‘These apartments will be ready much before your move in date.’ I remember telling my girlfriend who watched me sign, ‘they aren’t going to finish, they are too far behind schedule to finish everything before our move-in date.’ I thought especially compared to University Edge.”

He said after reviewing his lease, there was nothing defined as a back-up procedure for the event that the apartments were not to be completed by move-in date, which he thought was “a shame” because when he signed, the apartments didn’t exist.

Hollern said he is outraged that the construction isn’t completed. He said he is annoyed that he cannot live in the apartment that he is legally entitled to, and that he has to move twice — once to the Holiday Inn and again to his apartment.

“I kept a close eye on the progress over the summer and it was not as fast as it should have been, especially through the months of May and June,” Hollern said.

The Province also had issues with a subcontractor this summer.

Anthony Henry, a foreman of a 25-man construction crew working on The Province, was sentenced to 18 months in prison and fined $5,000 for making methamphetamine in a hotel room.

Henry worked for the carpentry subcontractor Waite’s Construction LLA of Alabama. The subcontractor was terminated from the project by developer Edwards Communities for using undocumented Mexican workers.

An email from The Province said students should be able to move into their apartments in seven to 14 days.