Opinion: Employee satisfaction is critical to a company’s success 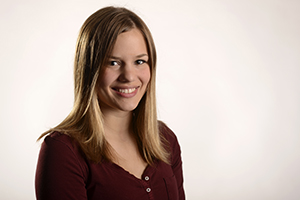 and columnist for the Daily Kent Stater.

Over the summer, I experienced what 80,700 Americans do every day: I was fired from a job.

I worked as a telemarketer; I called people in northwest Ohio school districts on behalf of their respective high schools in order to fundraise for extracurricular programming.

Aside from being very repetitive, the job was not difficult and my co-workers were pleasant. My manager, however, was everything I had hoped to avoid because she regularly humiliated and belittled her employees. As a result, when she fired me for leaving town during a family emergency, I saw it as a blessing.

The environment in which she projected her managerial tendencies was one of intimidation. Although the small work force posed no significant disturbance to the business’ goal of maximizing profit, the manager made it clear that distractions would not be tolerated. Whether it was an employee eating at a desk, or a long time co-worker arriving a few minutes late, the consequences were the same: shame the employee and set the example by any means necessary.

What is worth examining — aside from the blatant disregard for the workforce’s mental well-being — is the satisfaction of internal customers and how it affects external customers. When workers are treated as inferior — and solely used for the purpose of churning out profit for those above them — their outlook on the company changes. They have no real connection with the products they are trying to sell to the consumer.

With their position at the company virtually meaningless, except for the minimum wage paycheck without health benefits, they may find no real value in taking the transaction between themselves and consumer. And why should they? Should they be grateful they have a job when so many other Americans don’t? Certainly. Should they accept the belittlement and humiliation aimed at them by their superiors? Absolutely not.

One of the things that my summer job taught me is how not to treat people, especially those of a lower position than yourself. Belittlement in the workplace is not only detrimental to the employee, but to the success of the company. Fellow employees should communicate with one another and express how a work environment impacts themselves as well as their performance.

Perhaps I was not the only one who felt victimized by management and, like others, did not want to risk my privilege and honor in having a job. But what is the point of having a job if your performance has no meaning to you?

The mentality of feeling grateful for being employed cannot become systemic. Attempts for progress should never stop moving forward. I know that my situation is not comparable to the labor movements at the turn of the 20th century, However, it must be understood that employee satisfaction is the cause — not the result — of a successful company.