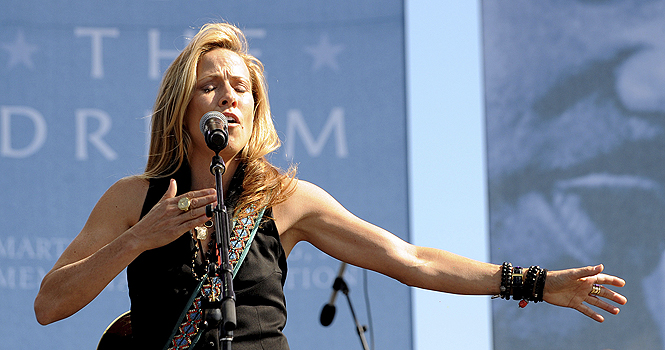 Sheryl Crow was recently diagnosed with a benign brain tumor, but it won’t affect her performance at Dix Stadium on Sept. 8, said Valoree Vargo, director of donor services at Kent State.

“We’ve talked to the promoters and talked to the folks and everything is fine,” Vargo said. “We’re really excited about it. It’s the first time in many, many years that we’ve had an event like this at Dix Stadium.”

There will also be a tailgate party for the concert from 4 p.m. to 6 p.m. outside the stadium on the day of the concert.

Sheryl Crow will perform with Los Lonely Boys and another band that can’t be announced until the end of July, Vargo said.

“But I promise it will be a very exciting band for students,” she said.

More information on Sheryl Crow and the “Centennial Campaign” concert at Kent State can be found here.