Opinion: Putting a face to a product 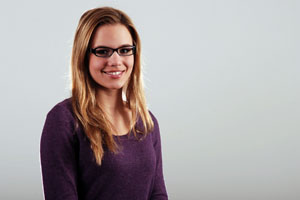 Elaina Sauber is a sophomore English major and columnist for the Daily Kent Stater. Contact her at [email protected]

This past Christmas, I was given a colorful beaded necklace. Attached to it was a picture of the woman who made it.

She was an Ugandan refugee who was employed by an organization that allowed her to sell the jewelry she made to support her family and send her children to school.

As I handled the necklace, I found it surreal that I was looking at the person who made this necklace with such patience and skill. We often forget that many of our things are made not by machines but by actual people.

Take any Apple product, for example. It is not a surprise to learn that your iPhone was made overseas, most likely in China. It may not even surprise you to know that a real, living person built your iPhone, right down to the no-scratch glass screen.

But you may be shocked to learn more about the treatment of these workers, as well as their lack of safety in the workplace.

According to the article “In China, Human Costs Are Built Into an iPad” in the New York Times, “Employees work excessive overtime, in some cases seven days a week, and live in crowded dorms. Some say they stand so long that their legs swell until they can hardly walk. Under-age workers have helped build Apple’s products, and the company’s suppliers have improperly disposed of hazardous waste and falsified records.”

Employees often work in poorly ventilated areas, and in some factories, workers are forbidden to talk to one another during their shifts.

In January 2010, 137 workers at Wintek, a Chinese factory owned by an Apple manufacturing partner, were harmed by a toxic chemical called n-hexane, which can cause nerve damage and paralysis.

“Employees said they had been ordered to use n-hexane to clean iPhone screens because it evaporated almost three times as fast as rubbing alcohol. Faster evaporation meant workers could clean more screens each minute,” according to the New York Times article.

Last May, Foxconn, a factory that manufactures Apple products, forced employees to sign a pledge promising they wouldn’t commit suicide after 14 workers had killed themselves in the past 16 months.

Anti-suicide nets were also put up around the dormitories. I’m not telling you to boycott Apple products; they are one of many corporations that employ workers overseas without giving their factories the funding to improve workplace conditions.

Even if everyone you knew boycotted Apple, they would not be impacted financially; most of their funding comes from the 75 other corporations that have invested millions of dollars in their industry.

I am simply asking that the next time you check the time in class or play Words With Friends, you acknowledge the fact that another person worked meticulously to make your device. Those people are working to support themselves or their family through any means possible, even if it means breathing aluminum dust or standing for hours on end until their legs swell.

If Apple or Dell or Samsung is not willing to bring jobs back to the U.S. and instead exploit their workers, I demand that in every package that holds their product, also enclosed should be a picture of the person (or people) who built it, along with their name and a brief biography.

We must not forget that people just like us build the luxuries we have. The factory worker has become faceless and shrouded in anonymity, and this breeds apathy into those who never ask how something is made. Don’t become trapped in it.