Friends remember a woman with the heart of an artist 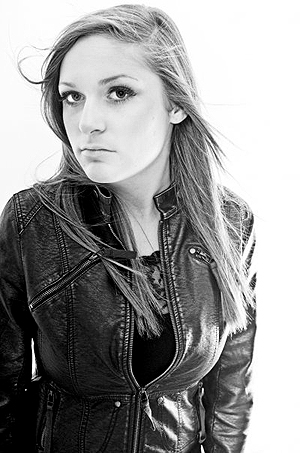 Natalie Weber’s bedroom walls are covered with photos ripped out of fashion magazines. She loved to make up songs and poems with her friends, and just started learning to play guitar, although the only song she could play was “Amazing Grace.”

The same song will be performed by one of her childhood friends Tuesday during Weber’s funeral.

The sophomore pre-fashion design and merchandising major from Cambridge, Ohio, had started learning to speak French and still hoped to make New York City her home as a fashion designer.

Weber was a member of Cambridge High School’s track, tennis and swim teams before graduating in 2010, according to the obituary on the Bundy-Law Funeral Home’s website.

She had a knack for turning oftentimes-unpopular clothes found at vintage and thrift stores into something new and fashionable, Weber’s cousin Michelle Cundiff said.

“She would have this ability to take this ugly, pistachio green thing from the ‘70s and turn it into something beautiful,” Cundiff said. “I’d see that on a Goodwill shelf and think, ‘Who donates that? That belongs in the garbage bin,’ and she would bring it home and turn it into her, and it would look like it was made for her.”

During high school, Weber learned to sew, so when she couldn’t find something she liked, she’d make it herself.

“I can’t tell you how many times I heard someone say [to Weber] ‘I really like that. Where did you get it?’” Cundiff said. “And she would say ‘I made it.’”

Garrett Cox, sophomore advertising major, spent his time with her writing raps and poems and styling impromptu photo shoots when studying became too much.

“[During a] photo shoot, she wanted to look like Marilyn Monroe,” Cox said. “She took a permanent marker out and used it as a beauty mark. Those pictures that we took — she said that she felt truly beautiful after taking them. ”

Lecturer Michele Wollenzier taught Weber’s College Writing II course this semester. Weber approached her after class with questions, Wollenzier said, and the two soon became close. Several times the two went on walks together when Weber was “down in the dumps.”

If you or someone you know is struggling with thoughts of suicide, there are many ways to get help.

The National Suicide Prevention Lifeline is available 24 hours a day at 1-800-273-8255. If you think someone is in immediate danger, the organization says to call the police or 911.

Campus Psychological Services offers individual, group and couples counseling, crisis intervention counseling and various types of testing and seminars. It is all strictly confidential. They can be reached at 330-672-2487.

Townhall II, located on Water Street in Kent, also offers counseling and can be reached during regular business hours at 330-678-3006.

“You could just tell by every aspect of her: her room, the way she dressed, the purse she carried,” Wollenzier said. “Everything she did was very beautiful and very soulful.”

Weber would tell Cundiff that she felt like she was from a different era — like she should have been a flower child. And that idea of spreading peace and love followed Weber on her recent trip to Chicago with her mom.

Whenever she passed homeless people on the street, Weber would take money from her purse and give it them.

“If she had $5, she was going to give it to someone she thought was hungry,” Cundiff said.

“It’s so easy to judge people and say, ‘Well, how could this happen? How could she do this? How could anyone do this?’” Cundiff said. “It’s so easy to ask questions and to judge. The thing is, there’s an illness, and it’s very, very real, but it’s treatable.”

An 11 a.m. service has been planned for Tuesday at Bundy-Law Funeral Home in Cambridge. Weber will be buried next to her “favorite grandpa in the world” in Mt. Blanchard, Ohio.

Kent State’s To Write Love on Her Arms UChapter and Active Minds are planning a vigil, but the date has not yet been set.