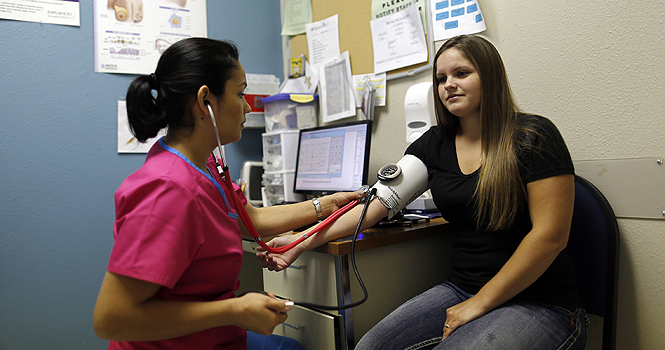 The amendments came Tuesday as the House Finance Committee prepared the policy package for likely House passage Wednesday. The bill goes then to the Ohio Senate.

The committee pulled a controversial proposal that placed health care and abortion provider Planned Parenthood at the back of the line for federal funding. The move had been praised by Ohio Right to Life and other anti-abortion groups, and derided by opponents as declaring a “war on women” in the state.

Right to Life president Mike Gonidakis said in a statement that the organization was disappointed but wouldn’t give up.

“The debate to defund the abortion industry has captivated the pro-life movement, not only in Ohio but also across the nation,” he said. “This is not the last you will hear from Ohio Right to Life and the pro-life people of Ohio. If further vetting is what this amendment needs, we expect hearings on House Bill 298 to begin next week.”

Rep. Nancy Garland praised the reversal, saying the proposed language would have jeopardized Planned Parenthood’s ability to apply for funding for a variety of services, including treatment for breast and cervical cancer, AIDS/HIV and violence intervention.

In a letter to House Finance Chairman Ron Amstutz earlier Tuesday, the Ohio Fraternal Order of Police called the proposal an unprecedented expansion of the Highway Patrol’s power.

The state’s largest police union said state law limits a trooper’s authority to roadways and owned and leased properties of the state. Under a separate bill, the state would divert thousands of prisoners to privately owned community-based corrections facilities, halfway houses and drug treatment centers.