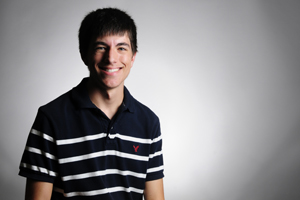 Allow me to recap some of what has happened since the shooting of Trayvon Martin reached the national headlines:

The National Rifle Association continued to support Florida’s “Stand Your Ground” law that might allow George Zimmerman to completely evade appearing in court to prove he acted in self-defense. State legislatures in Iowa, Alaska and Minnesota recently introduced statutes similar to those that are currently law in Florida and 15 other states.

Conservative websites began devoting considerable time to attacking the victim. Glenn Beck’s website, The Blaze, heard Martin was serving a school suspension and posted a list of every offense that could have caused it, including arson and kidnapping, even though Martin’s English teacher noted the suspension was due to tardiness.

Both Dan Riehl’s and Michelle Malkin’s websites posted a photo that allegedly portrayed Martin as more menacing than he appeared in the photos most media outlets were using. Unfortunately, the photo was of a completely different Trayvon Martin.

Of course, having served a school suspension and having posted intimidating pictures on Facebook does not justify Zimmerman’s chasing and shooting a teenager who carried no weapon, which raises the question of why any media organization would deem it useful to post those things.

Film director Spike Lee re-tweeted a message sent to him that claimed to possess Zimmerman’s address. Unfortunately, his 240,000 followers were receiving an address that belonged to an elderly Florida couple with no ties to Zimmerman. A flood of threats sent to the address has forced the couple to flee the home for their safety.

Fox News host Geraldo Rivera blamed Martin’s hoodie for the shooting. After a flood of outrage, Rivera stood by his remarks. “If you dress like a wannabe gangster, some knucklehead is gonna take you at your word and the tragedy is gonna result,” he said.

Supporters of Martin organized “Million Hoodies Marches” in tribute to him. Needless to say, none of the marches have actually had a million hoodies in attendance.

Occupy Wall Street helped lead the march at New York’s Union Square, but many of the protestors who identified with OWS didn’t wear hoodies and instead held signs and started chants that had nothing to do with the Martin case.

A nightclub in North Carolina promoted a “Justice: In Memory of Trayvon Martin” night in which anyone who arrived before 11 p.m. and brought an empty bag of Skittles would get in free. The flyer also hyped having the “sexiest entertainers” in the state. The club canceled its promotion after receiving public backlash.

One of the most recent developments has been that a white supremacist hacked into Martin’s Gmail account. He was sad to find nothing to confirm his preconceived notions: the inbox was full of reminders about SATs and scholarship applications.

To put it shortly, I’m not enjoying the direction in which this is going.