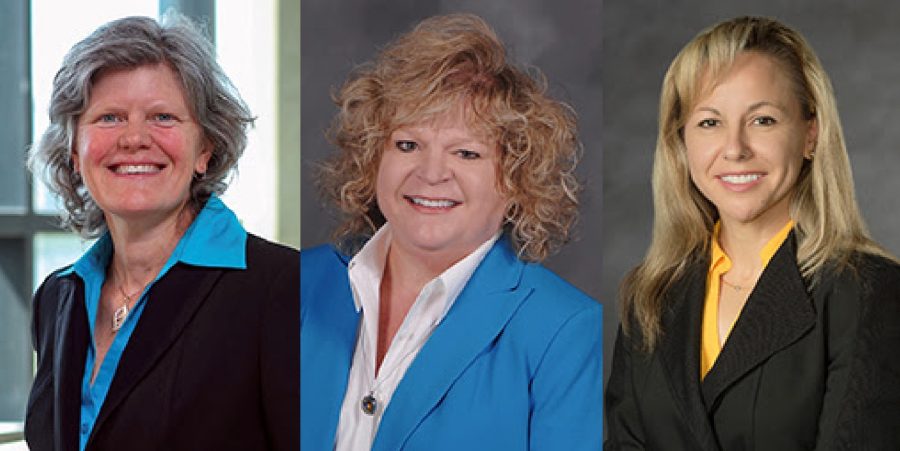 An 18-person committee chose the finalists after a lengthy search. In February, the president announced the search, naming Paul DiCorleto, the vice president for research and sponsored programs, to chair the committee.

The three finalists come from different areas of the continent and all have held the role of provost at different universities.

One finalist is Teri Balser, who was a former provost and interim president of Dalhousie University in Halifax, Canada. Balser was the first ever 2SLGBTQ+ person to be in the position of president at Dalhousie. Balser is also internationally known as a scholar, traveling to several countries to study and teach. Her highlights include being invited by the Kingdom of Saudi Arabia in 2014 to train female university administrators and doing research in Japan and Switzerland.

The second finalist is Melody Tankersley, the current interim senior vice president and provost for Kent State. Tankersley has been the interim for about a year after rising through the ranks at Kent State from assistant professor. Tankersley has Harvard graduate training in educational management, adding to over 25 years of higher education experience.

Finally, there is Montse Fuentes, a former executive vice president and provost from the University of Iowa. According to news reports, Fuentes recently moved roles at University of Iowa, from vice president to special assistant to the president. This move-in position did not change her salary or benefits, however. Fuentes has vast experience ranging from being head editor of the Journal of the American Statistical Association to serving on the Science Advisory Board of the U.S. Environmental Protection Agency.

The candidates asked to be interviewed closer to their presentation days, during the week of Oct. 13. They will present their idea of what a provost should be like and address challenges that higher education is facing.