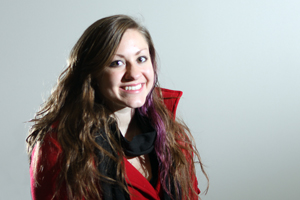 More than one million people commit suicide every year. That is equal to approximately one every 40 seconds. Out of these, about 30,000 are from the United States. It is said by many that it is a selfish act; I doubt anyone is “pro-” suicide, at least when it comes to other people doing it.

I have never heard anyone say that they are OK with suicide. I’m not saying that there aren’t people out there who are OK with it, but I am certainly not one of them, although I do understand wanting to take your own life.

Life can be hard. It can bring you down, hurt you, and make you feel as though nothing will ever be right again. Obviously most know that isn’t true and muddle through the hard times, but some let the pain engulf them.

Even if you are the strongest person in the world, situations sometimes get so bad that is it hard to look on the bright side. Depression can take control and consume a person. It may appear that death is the only way out.

The thought of suicide has probably crossed many minds, mine included, with little intention of acting on it. Flirting with the idea and actually acting on it are two very different things.

Suicide attempts may be seen as a cry for help, although some think they are a cry for attention. For every suicide, there are 11 non-fatal attempts. If the attempt is not fatal, it should not be shrugged off and labeled as a “harmless” or effort for attention, because there is a high chance the person will try it again.

As I said earlier, most are against it, but only when it comes to other people doing it. I can’t speak for everyone, but people I know who have thought about it and were serious about doing it would never allow their family or friends to do it. They can see the worth in other people, but have trouble seeing their own self-value.

Suicide can be brought on by many different factors including depression, mental disorders, substance abuse, unemployment and being victimized. All these issues can be treated. If they are taken care of as soon as possible, suicide can be avoided.

Thinking that a person is weak for taking his or her own life isn’t a good or bad way to look at it. You have no idea what that person has been through and what they have held in and for how long. It takes a lot of guts to take your own life, to actually perform the act, but on the other hand it takes a lot more guts to live through the hard times.

“Often the test of courage is not to die but to live.” – Vittorio Alfieri