Ten hidden gems from the once ‘Silver Foxes’ 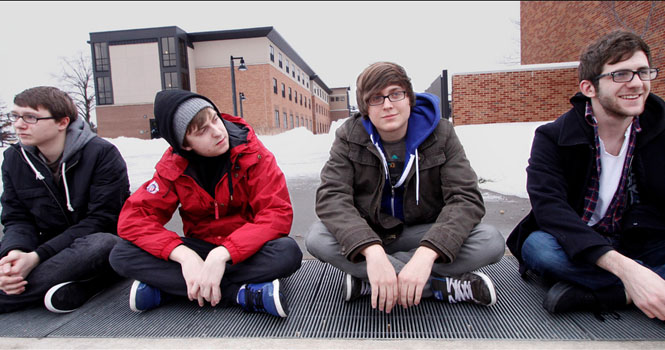 The University has almost no visible power lines as they are all ran underground through the extensive tunnel and network system that is usually recognized by sidewalk vents throughout campus. File photo by Nik Kolenich.

Whether you’re a second-semester freshman or a sixth-year senior, there are probably a few things you don’t know about Kent State. Just what do they actually do with all of those pennies in the Student Center fountain? Here’s some inside information to boost your intelligence on the school that you call school.

Now that we have your attention, notice anything unusual? Well we’re hoping you’re on campus, because if you are, one thing you won’t be seeing when you look up are power lines. Much of Kent’s utilities system is underground: those strange warm vents which smokers flock to on a chilly day are warm because their steam is funneled from the campus’ power plant. Also, we’ll remind you not to be alarmed if you look down into a vent and see the occasional worker.

Well if you are, you might have noticed that the Math and Computer Science Building has a roof shaped like a sine wave. Yes, that was intentional.

Don’t lie, when you first heard that Kent State’s mascot was the Golden Flash, you were wondering what in the hell that was. Well, University Archivist Stephen Paschen told us that the Flash wasn’t always a golden eagle. In 1926, when the name “Golden Flashes” was chosen, our mascot was actually a Golden Retriever. This remained Kent State’s mascot until 1966. In 1972, it position was reappropriated to be a man on horseback until the eagle took over in 1985. Prior to the Golden Retriever, Paschen noted Kent State teams were referred to as the silver foxes. This was due to the foxes our inaugural President John McGilvrey raised on his personal farm.

Since 1965, Kent State has maintained a publishing house located on the 11th floor of University Library. William Underwood, the director, said in the early years, University Press published mostly books on literary criticism. Now the press primarily publishes books on history and the Ohio region. Underwood said about 35 new books are published each year, along with two journals, “Civil War History” and “Ohio History.” Internships through the English department and the School of Journalism and Mass Communication are available each year. Also, in the next few months, University Press will be publishing the complete collection of “Funky Winkerbean” comics, created by Kent State alumnus Tom Batiuk.

If you find yourself on the first floor of the Music and Speech Building, head to the Speech and Hearing Clinic. Here you’ll find the Hearing Aid Museum, which houses the largest collection of hearing aids in the world.

Berger told “National Hearing Aid Journal” in 1966 that he was interested in having a small collection at Kent State, and donations came rolling in. Hawks said they still receive donations today.

The hearing aids range from massive ear trumpets from the 1900s to more modern variations on a theme. The oldest item in the collection is a silver ear trumpet from the 1850s. Some notable items: hearing aids for women disguised as necklaces (or earrings) and thick-framed Buddy Holly-style glasses with built-in hearing aids. Hawks said the latter were quite popular in the late 1950s and early 1960s.

Though Paschen said it was not uncommon for universities in the U.S. to set up barracks for World War II soldiers, Kent State went a step further. According to “The Years of Youth: Kent State University, 1910-1960,” written by American historian Phillip R. Shriver, the university was part of a special training program for soldiers. In order to train American pilots according to the Civil Aeronautics Administration War Training Service, Kent State purchased an airport in Stow that is still used for our flight technology program. After training 2,000 enlisted men, the program ended in 1944.

Before the general interest, student-run publication The Burr was formed, Kent State had its own yearbook called “The Chestnut Burr.” Through the University Library’s website you can view the yearbook in digital form from is conception through 1985, when it ceased production. However, you’ll notice the year 1920 is missing — this yearbook is mysteriously rare, and has yet to be archived.

If you throw a penny in the fountain on the first floor of the Student Center, your wish might not be granted — but someone else’s might be. All of the change in the fountain goes to a general student scholarship fund.

You may have noticed a weird clump of shrubbery surrounded by trees near the Liquid Crystals Materials Science Building. Look a little closer and you may glimpse a few odd sections of concrete. This is all that remains of the exhibition created by artist Robert Smithson. The Partially Buried Woodshed was conceptualized by Smithson in 1970, to cover an old utility shed with 20 truckloads of dirt. The piece has since been demolished after a lengthy battle with natural deterioration, but a plaque still exists to represent the work.

If you pass by the May H. Prentice Memorial Gate, located on front campus near the intersection of East Main and Lincoln Street, you’ll find the seal of the state of Ohio — but not the seal of Kent State. In 1965, the university adopted their own seal, where previously the seal of Ohio was used. The old seal is still in ground.