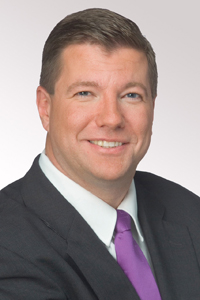 Eric Mansfield is the assistant vice president of university communications and marketing.

The university announced March 22 Mansfield will start June 1 and will lead the media relations team in the University Communications and Marketing department.

Mansfield will also teach three classes within the School of Journalism and Mass Communication. The university has not yet announced what classes he will be teaching.

Through a university press release, Mansfield said he is anxious to get started at Kent State.

“This is a great opportunity for me to join a world-class organization,” Mansfield said. “I can’t wait to be part of telling the great news of Kent state University every day. As much as I love being a journalist, I’m really excited about working with young journalists, crafting their skills at Kent State.”

Mansfield is an Akron native and has spent the vast majority of his career in Ohio. He graduated from the University of Dayton with a Bachelor of Arts in broadcasting and has worked for WHIO in Dayton, WAKC in Akron and WKYC in Cleveland.

Tom Neumann, associate vice president for university communications and marketing, said he is excited to add Mansfield to the staff.

“Eric brings a wealth of media knowledge and contacts to Kent State, Neumann said. “He will add to a great team, increase our capacity to continue to tell our great story and reinforce Kent State’s role as Northeast Ohio’s leading public university, and help us leverage the recognition we are gaining nationally. He has a great reputation, is well-respected and is a true class act.”