Opinion: Party early so we can party later 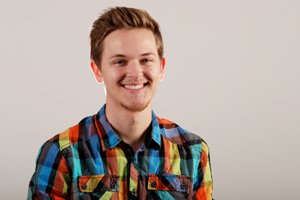 Andrew Paulsen is a senior electronic media production major and a columnist for the Daily Kent Stater. Contact him at [email protected]

Hope you’re tan and fit as the leather suitcase that you’re about to pack.

One day left until Spring Break 2012.

In fact, if you have the luxury of class-less Fridays, you’re free to move about the country in just a matter of hours at this point.

My Facebook feed is blowing up with talk about trips to Las Vegas, Panama City, New York and – for those really splurging this year — Ohio!

Everyone seems pretty excited about getting the chance to take a break and party — especially the Ohio-bound people.

Color me green with surprise that so few of my friends are talking about what’s coming up on Saturday.

Saturday, as in March 17 – the day that a certain patron saint of Christianity died in the year 461.

The day that’s been observed as a holiday in Ireland for more than a millennium and celebrated in the United States since America’s birth.

The day that started as religious holiday, but turned into college towns’ celebration of green beer, whiskey and green.

It was on the 10th this year? I wasn’t aware that we had the holiday off by a whole week.

It’s a matter of convenience you say?

Let me run this logic by you one more time though:

We celebrate a holiday where we drink and party one week early so that it doesn’t interfere with our drinking and partying one week later.

It’s kind of like pre-gaming, only instead of day-drinking at home to go out to a party later, you drink enough to keep you plastered for the next seven days.

Remind me: since when has it been an inconvenience to party?

Actually, how about I tell you.

I looked up “Fake Patty’s Day” and found that it was started by bar owners’ near Kansas State University. Apparently they decided they didn’t want to miss out on a major drinking day due to the Wildcat spring break and thus the 10th became the new day to get whiskey-wasted.

So, just as Sweetest Day is a manufactured holiday to boost candy sales and greeting cards, now Fake Patty’s Day is thrown into the mix to boost the sale of booze.

It makes me wonder: what will holiday entrepreneurs invent next?

Fake New Year’s? No, that would interfere with Christmas and then we’d have to make Fake Christmas.

Fake Veteran’s Day? That might catch on. All the Call of Duty and Battlefield gamers could have their own day to party and have recognition for their hours of life lost, toiling away in front of a TV screen.

Or perhaps Fake Collegefest in case that ever interferes with May 4th?