The differences between voting procedures 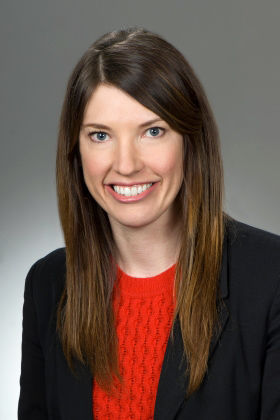 Kathleen Clyde started her position as a Portage County commissioner, which is the lead position in the county on the elected side, in Dec. 2018. She oversees county operations that fall under the commissioners.

Before this position, in Jan. 2011, Clyde started the first of four terms as a state representative, where she specialized in voting and election issues. She served as an election official in the 2008 election, where she ran the early-vote center in Franklin County. She is also an attorney with a specialty in election law.

Clyde answered questions about the different ways Ohioans can vote this year, as well as other general voting inquiries.

Q: Can you explain what exactly absentee voting is and how it works?

A: There are two types of absentee voting in Ohio. You can vote in-person absentee, which is also known as early voting, or you can vote absentee by mail. Absentee voting starts 28 days before the election — in this November’s election that’s Oct. 6.

You can either vote early in person at your county Board of Elections, that’s in Ravenna in Portage County, or you can request a mail-in absentee ballot, which you can request from now up until October 31. The ballot will be mailed to you.

Q: Do you have to sign up for in-person absentee voting or can you just go?

A: You can just go. There’s one location in every county and it’s almost always at the Board of Elections. They’re open during the day and they have some weekend and evening hours as it gets closer to the election. To check the hours of your polling place, you can look at the Portage County Board of Elections page, or the Secretary of State’s “Find My Polling Location” page.

A: There isn’t really a difference. [Trump] is just trying to discredit and, I think, undermine the election. I suppose you could look at how different states do mail-in voting differently.

Some states require you to have a reason that you have to vote by mail, like you’re going to be away or you’re over 65 and you can automatically vote that way. Ohio used to be like that, but before the 2006 election we adopted what is called “no-fault absentee,” which means you do not have to have a reason, you can just decide to vote that way.

The states that are even more expansive conduct their elections entirely by mail. Those states usually still have an in-person option, but their more prevalent way of voting is where every voter gets a ballot mailed to them. That would be different from Ohio, where you have to request it.

Q: How would one go about requesting an absentee mail-in ballot?

A: It’s different state to state, but in Ohio, you actually have to mail in or drop off an application to your board of elections. You can’t submit anything online. You have to either find a form or download and print a form, which can be tricky, especially for young people that don’t always have access to a printer, stamps, envelopes or other things that you need to mail in a form.

Q: Besides absentee in-person and absentee mail-in voting, what other voting methods are available for patrons to use?

A: If you didn’t vote absentee by mail, you can vote early in-person, which is sort of under that absentee umbrella. If you don’t do that, you can vote on Election Day, which is the most traditional way.

In Ohio, we still have precinct-based voting, so you should have a polling place in the precinct where you live or nearby because some polling places have consolidated. For example, at Kent State, there are a number of polling locations actually on campus, like the Wellness Center. It depends on where you’re located on campus. Some students vote at the United Methodist Church and Christian Life Center.

Q: Can you explain what in-person voting on Election Day is, how it works and how one goes about doing it?

Hopefully, there won’t be lines, but if you’re in line at 7:30 p.m., you can still vote. Sometimes there’s lines near the end because a lot of people go after work or school, so it could be a little busier then. You have to show ID to vote, which can consist of a number of different things. You cannot use a student ID, unfortunately, in Ohio. You can use an Ohio driver’s license, state ID card, a bank statement or a utility bill. Often, universities will help make sure you have the ID that you need to vote. They will issue a zero-balance utility bill or there’s this other type of ID they can give you that falls under the government document requirement. It’s not quite as easy as voting early in-person because you only have to have the last four digits of your social security number but it’s still a little broader than just a driver’s license.

Q: For what reason(s) would someone have to fill out a provisional ballot?

A: There’s a few reasons why you might need to vote a provisional ballot. If you don’t have the proper identification or if there is some other type of problem, like you’re not in the poll book and you know you’re registered or you change your address since the last election and haven’t updated it yet, you can update it through a provisional ballot, which will be the same ballot you would get if you were a regular voter, you just will have to fill out a different envelope to put it in.

Whatever the problem is, it will get sorted out after the election during the seven-day canvass period by the board of elections, so no one should walk away without voting. Now if [the voter] is at the wrong polling location and that’s the reason they’re not in the poll book, then their vote won’t count and they’ll need to go to their proper voting location. The poll workers should be able to tell voters if their location is the problem, but sometimes that can be an issue. Ideally, you know where you’re supposed to go vote before you go.

There’s usually a pretty big push to help the student population know where to go. Maps are published. There’s communication out there just showing people this dorm goes here and this off-campus neighborhood goes here. Hopefully, we can continue to work together to get information like that out.

Q: Specifically with Portage County, could you talk a little bit about what we’re doing and which method is preferred for the election this year? How does this differ from how elections have usually been held in the past?

A: Right now, in Portage County we’re seeing a huge increase in applications to vote by mail. So I think a lot of residents are looking at ways that they can avoid in-person interactions, which I think means the ones that do [vote in-person] will be safer because there will be less stress on the in-person voting, whether it be at the Board of Elections or on Election Day. I encourage Portage County voters to vote the way that they feel most comfortable.

With college students, I would think the best way for them to vote would be in-person either early, maybe on the weekend when they have a little time, or on Election Day. I will say that election workers will be wearing personal protective equipment (PPE). I believe that they will have some PPE available for voters if they are not wearing it, but voters should come prepared and have a mask. There also will be disinfecting and cleaning going on to keep voting locations safe. This [year’s election] is different [from past elections] because of the pandemic, plain and simple. We’ve just never had this type of interest in mail-in voting and we’ve never faced these types of challenges to gathering in-person on Election Day.

The good news is that people are stepping up and many people are choosing to vote early. That will, I think, create a better environment on Election Day and I feel cautiously optimistic about how the day will go here in Portage County.

Q: How does what we’re doing in Portage Country and in Ohio differ from other counties and states?

A: Well, [Portage County is] pretty similar to what every county is doing. The difference is just our size and our budget. Some counties have to process a lot more voters than we do and they may have unique populations that they’re working with.

For Portage County, we care a lot about student voters and young people voting. It’s something that we put a lot of time and attention to, with helping students know what they need to do in order to be able to participate. Other states have all kinds of different roles and I think the trickiness can come in for students who are from out of state. One, they absolutely are able to vote here in Ohio, but they have to make sure they get registered and we have a pretty stringent voter registration deadline, unfortunately. It’s 30 days before the election. This year, I believe, it’s October 5.

Then, students will have that opportunity to vote on all the races including county commissioner race, state legislative races, congressional on up to the president. We hope that they will get registered and participate and learn the unique works of Ohio laws when it comes to early voting ID, Election Day voting, etc.

The key thing is that every person who’s here in Portage County is important and we hope that they’ll use their voice in this 2020 election.

Q: To end, could you generally summarize what patrons in Portage County should know about voting in the election this November?

A: The Portage County Board of Elections is located in Ravenna at 449 South Meridian Street. Vote by mail ballots will be mailed starting October 6 and you can request those ballots now up until October 31, although you want to get that in sooner rather than later so there’s time to turn it around. Applications have to be submitted in writing, so they need to be mailed in.

On Election Day, November 3, the polls will be open from 6:30 a.m. to 7:30 p.m. The voter registration deadline is October 5 this year.  You can check your registration to make sure you’re registered by going to that same website, voteohio.gov. Hopefully, everyone will be all set and everyone will turn out to vote and we’ll see great numbers in November.

Becca Sagaris is a reporter. Contact her at [email protected]