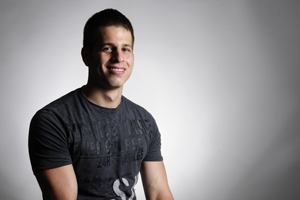 Seth Cohen is a senior magazine journalism major and columnist for the Daily Kent Stater. Contact him at [email protected]

As the primaries get underway from Minnesota to Maine, Newt Gingrich was quoted in many of his speeches comparing himself to President Ronald Reagan, a favored Republican during his administration. It’s 2012, but he’s acting like it’s 1976.

1976 was the year Reagan ran his steeled primary campaign as tough and demanding as humanly possible against Gerald Ford.

As history shows, Reagan ran with backbreaking effort after he lost Illinois, New Hampshire, Florida and Iowa. In mid-March, Reagan rose to the top as he won North Carolina. He then started winning the late Southern and Western primaries. It was not enough to defeat Ford, but Reagan went all the way to the Republican convention. Jimmy Carter ended up winning, but after four years, Reagan finally made it to the West Wing.

Gingrich has worked with Reagan before, but in Reagan’s diary, he only mentions the name Gingrich once. While Gingrich may look up to Reagan as the man who made a name and reputation for the Republican Party, Reagan himself wasn’t too fond of Gingrich’s ideas.

Gingrich does refer to Reagan quite often, and at times claims that he worked closely with the president in the 1980s.

According to staff writer Nate Silver of The New York Times, Gingrich has actually dropped the name Reagan 55 times. Politico and The Washington Post revealed several quotes from “The Reagan Diaries,” Jan. 3, 1983, with one quote mentioning Gingrich’s name: but it’s not very flattering.

“Met with a group of young Repub. Congressmen,” Reagan wrote. “Newt Gingrich has a proposal for freezing the budget at the 1983 level. It’s a tempting idea except that it would cripple our defense program. And if we make an exception on that every special interest group will be asking for the same.”

Snap! Not to say Gingrich is a horrible candidate, but his ideals and future aspirations for the country were not even Reagan-seal approved. If only Reagan had lived seven years longer to see Gingrich turn into this veteran Republican candidate, would he have written a new paragraph in his diary?

“No, I’m talking about using every asset available to the United States,” Gingrich said in the Florida primary. “Including appropriate covert operations to maximize the distance, what Ronald Reagan, Pope John Paul II and Margaret Thatcher did to the Soviet empire, bring together every asset we have to minimize the survival of the dictatorship and to maximize the chance for freedom in Cuba.”

Doesn’t seem like Reagan’s view would have changed—even if Gingrich is promoting him in a positive light. Although they have the same political beliefs, Gingrich and Reagan are two completely different people. To be fair, we all have idols or role models in our lives that we worship, some more than others. We tell ourselves that we’re going to be like them, but when it comes down to it we are nothing like our role models. They influence us and we hope to succeed as they did, and these same constrictions fall on Gingrich as long as his campaign is driven by the Reagan ideals. For now, I want to hear what Gingrich has to say—not Reagan.