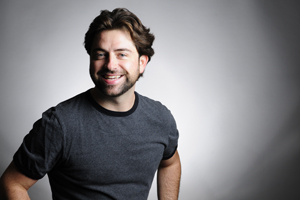 Robert Thomas Young is a senior philosophy major and columnist for the Daily Kent Stater. Contact him at [email protected]

You may think The Jersey Shore, The Bachelor or Fear Factor shines a light on the darkest and most ridiculous side of American culture. However, Undercover Boss may have found an even more outrageous way to sell advertising and exploit the working class.

The CBS reality show, now starting its third season, badly disguises corporate CEOs in wigs, beards and baseball caps, so they can spend a week posing as low-level employees at their companies.

Waste Management, Kendall-Jackson, Chiquita and others jumped fast on the opportunity to gain free advertisement, and the public has been quick to eat it up.

The basis of the show revolves around out-of-touch bosses getting wake-up calls from seeing how bad their employees have it. The CEOs are usually outworked by employees half their age, and some personal issues affecting their lives (insert any random problem working–class people have) is brought to light, which usually brings the CEOs to tears and incites a personal revelation.

At the end of each show, the undercover boss reveals himself or herself to the employees, who somehow didn’t know that a person in their late fifties with a bad wig and hat being followed around by cameras wasn’t their boss on this now-famous reality show.

The employees are hurdled to meet with the undercover boss, where they receive money, a promotion or a donation in their name — you know, something every working class person really needs. The boss congratulates himself or herself in front of the company, and all of the employees clap in unison. It kind of reminds me of the way they clap in North Korea.

This show highlights the wider social problems of gross inequity, such as lack of health care, lack of education and overall lack of opportunity. However, the problems of the working class and poor are shown for entertainment value, with no real intent on helping any employees not featured on the show.

The boss can make everything better for a handful of employees in some strange corporate version of Cinderella, while ignoring the fact that the rest of the employees will continue to struggle with little or any relief in sight.

Everybody loves an underdog story, and the temporary sway of emotion and happiness for a few people masquerades the sad truth that the boss goes back to his or her life of luxury while the employees fade back into the realm of things forgotten.

Undercover Boss is a convolution of bad reality television and crude advertising that takes an out-of-touch CEO and transforms him or her into a caring, down-to-earth person, who is almost guaranteed to cry at some point (wink wink).

The entire redundant plot is terrible, from the ridiculous disguises to the canned prizes at the end of each show. A lot of people are struggling right now, and a show that tries to humanize and normalize a CEO that makes on average 300 times the wage of his or her employees is not just bad reality television and a weak attempt at product placement; it is capitalistic injustice and inequity rebranded as entertainment and heftily served to the same group of people who can’t help slowing down to see a car accident.