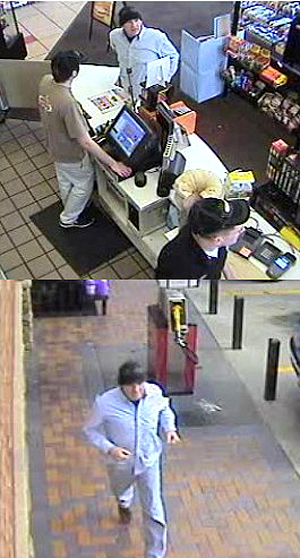 The Kent Police Department is seeking information after responding to a report of a robbery at Sheetz on North Mantua Street Wednesday afternoon.

Police said an older white male estimated to be in his fifties entered the store and demanded money from the clerk. The man kept his right hand concealed, indicating that he possibly had a weapon. He was approximately between 5’10” and 6’ tall with a medium build and wore blue jeans, a blue button-up shirt and a dark-colored stocking hat.

He fled with an undetermined amount of money. After the robbery an older black four-door sedan was seen speeding from the area from behind the business.

Police are asking that anyone with information contact the Kent Police Department at 330-673-7732.