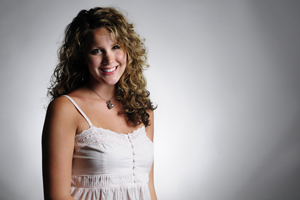 First of all, that wasn’t the classiest or most professional response. Also, whether he’s a personal fan of Maroon 5’s music or not, the station he represents was playing Levine’s music. Fox News as a network clearly doesn’t find Maroon 5’s music all that “crappy.”

There’s a few ways to look at this. Fox News wasn’t doing anything wrong; in fact, it was supporting the music of somebody who openly hates the network. There’s also the fact that no one has tested the legality of politicians playing music during their campaigns without the approval of the musician. Does the same go for television channels? Again, the point really hasn’t been brought to court.

I am a huge Maroon 5 fan, but those affected by the singer’s opinions and openly expressed views shouldn’t get too broken up over it. Levine has slammed several TV channels, people and views for his own personal reasons. He even accused MTV of only featuring his band’s music during the VMAs.

Adam Levine is an outspoken and strongly opinionated character and, as we know, everyone is entitled to his or her own opinions. I also think it’s safe to say that Fox News won’t be calling Maroon 5 for an interview anytime soon.