Opinion: Raiders on the rise 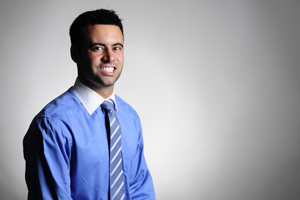 Jackson will be able to ease Palmer into the system and even bring back plays from the 2004-06 Bengals. By doing this, it gives Palmer a certain comfort level that usually wouldn’t happen this early on with a new team. But of course, not every team has Darren McFadden either.

The man they call “RUN DMC” leads the NFL’s second-best rushing offense (160 yards per game). A big, slashing tailback like McFadden is a quarterback’s dream. Factor in that your quarterback has only practiced with the team for three days, then that tailback is an answer to your prayers. Palmer surely will not have to do everything himself in Oakland, as he almost always had to in Cincinnati. McFadden is probably the best running back Palmer has ever played with, and that’s saying a lot, considering his former teammates were Corey Dillon, Rudi Johnson and Cedric Benson.

Finally, every quarterback needs a go-to wide receiver. Though Darius Heyward-Bey and Denarius Moore are not Terrell Owens and Chad Ochocinco, they definitely don’t bring as much drama off the field. With the help of Palmer, they could mold into major threats. Heyward-Bey boasts blazing speed, and Moore is flashing brilliance with his crisp route running. Jacoby Ford, another speedster, has game-breaking ability that will surely be implemented into the new offense. If the young receivers can get in sync with their new quarterback and the running game continues to click, the Raiders are a top-tier team in the AFC.

Carson Palmer has had a rocky yet successful eight years in the NFL, and is still just 31 years young. Many had the former Pro Bowl-er written off as another “coulda’ been”. This trade — to what used to be known as “the black hole” — could revitalize Palmer’s career. Now, it’s just a waiting game.

Somewhere, Al Davis is looking down on this situation and grinning. Even when the man is dead, all he does is win, baby, win.