Opinion: Who wouldn’t find this to be a little offensive? 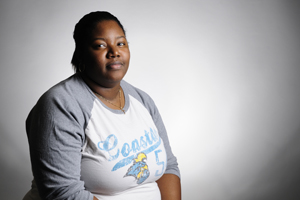 Opinion: ‘X Factor’ is less than or equal to ‘American Idol’ (or one of those other singing shows)

Raytevia Evans is a second-year graduate student studying magazine journalism and managing editor of KentWired. Contact her at [email protected]

If you watch the news or check your Facebook on a regular basis, you may have recently viewed coverage on a new fast food chain in China called OFC — Obama Fried Chicken. Instead of Colonel Sanders, the restaurant’s logo includes a caricature of President Barack Obama dressed in the colonel’s clothes with an exaggerated smile that makes him look like an idiot. Below the logo written in Chinese is the slogan: “We’re so cool, aren’t we?” If you haven’t heard this story, maybe you’re just as shocked as I was when I first heard about it.

The Daily Mail suggests that the fast food chain is possibly China’s response to the U.S. filing a complaint with the World Trade Organization about Chinese tariffs on American chicken exports. The New York Times stated that the tariffs affect an industry employing 300,000 people.

While trying to make a point, China either intentionally or unintentionally caused some controversy with African-Americans who find the caricature to be stereotypical and disrespectful. Some even said they wouldn’t eat from this restaurant simply because of the caricature. Rev. Al Sharpton said to the New York Post, “It’s insulting, offensive and plays to racial stereotypes.”

There are so many things wrong with this situation. Anyone who knows a little African-American history may automatically notice the slight resemblance between the logo’s caricature of Obama and the post-slavery “Black Sambo” stereotype — mainly because of the wide and somewhat ignorant smile. At least that’s the first thing that popped into my head when I saw it. The logo and slogan also emphasize the stereotype that all African-Americans are cool or hip and love fried chicken. I prefer a nice sautéed pork chop myself, but who’s asking.

On top of the racial issue, the logo is a total rip off of the actual KFC logo. A KFC China spokesperson has made it very clear that they are not affiliated with Obama Fried Chicken, and they find it to be quite distasteful. They are currently considering legal actions because the new food chain infringes on their brand trademark.

If I were to honor the president I would consider a few options. Build a sculpture. Write a poem. Sing a song. Naming a fried chicken joint after him doesn’t come to mind. I just happen to find this to be an odd way to honor a president, but who am I to judge? While the Harlem restaurant doesn’t insult or degrade the African-American race with an awful caricature of Obama, I’m pretty sure you can’t use a public figure’s name to make a profit for yourself without that public figure’s permission — but I’m no lawyer.