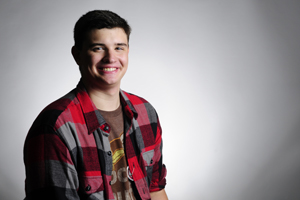 Bryan Staul is a junior political science major and columnist for the Daily Kent Stater. Contact him at [email protected]

It has been 10 long years since that fateful September morning in 2001. Ten years since a cowardly act of terrorism took 3,000 of our fellow citizens from us. I remember being in middle school. I remember the panic that day, frightened parents calling kids home. I remember coming home that day seeing the news reports. I remember seeing the front page of my hometown newspaper like it was yesterday. “America Attacked!” as the headline with a photo of a man falling to his death. I remember not knowing what would happen next and I remember not liking that feeling of uncertainty.

That day affected us all, especially our generation. It was our Pearl Harbor. Our Kennedy assassination. Our Boston Massacre. It was undoubtedly the complete loss of our innocence. Our parents could no longer shield us from the real world, as we grew old with the War on Terrorism just as others were forced to grow old with Vietnam.

The 21st Century was supposed to be the “American Century” filled with prosperity and hope. We were robbed of that promise, instead we received 10 years of chaos, crisis and increased political division. Somewhere along the line we forgot those days after the attack when we accepted our differences and worked together.

Ten years ago members of Congress sang “God Bless America” together. In 2011 I can’t even imagine a symbolic show of unity from Congress let alone a substitutive one. We also forget where 9/11 led us. Right now there are thousands of Americans risking their lives and only asking of us that we don’t forget them.

9/11 was a defining moment for our generation, but it doesn’t have to be our legacy. Even with Osama Bin Laden dead and gone, his dark shadow still lingers over us all. We can be better. Today young people all over the world need to reject violence. There will always be more people like Osama Bin Laden, and it is up to us to counter their rhetoric of violence and hate with our rhetoric of tolerance and peace.

That is how we protect the next generation from another 9/11. It is also our job to wake up as young people. We need to vote to get involved to try to better our community and our country. Our constant apathy is the greatest insult to those we lost that day.

It is hard to remember that we have so much in these times, so we constantly forget to earn our blessings. The attacks on Sept. 11 may have changed us, but they don’t have to define us. The real question is whether we will be the first generation to learn from the mistakes of our predecessors.