Hotel and conference center takes another step toward completion 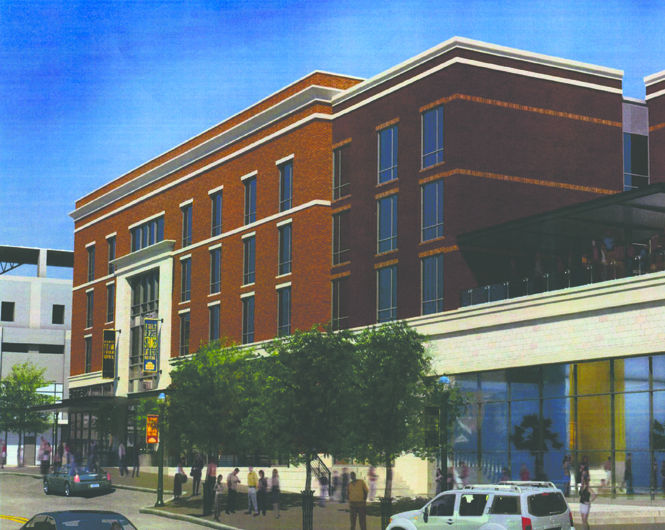 Jeff Glavan, of Glavan Feher Architects, said he was excited about concluding plans for the multi-module facility that has been going in the works for almost three years.

“President Lefton has tremendous input on what his thoughts and visions were for this particular piece of development downtown,” Glavan said.

Associations and meetings have taken place with all the different parts and players within the community, Glavan said. Lefton has been a strong influence in the direction of the project.

“He wanted connectivity with the university and downtown,” he said. “Attracting students, families, faculty, guest speakers, all those kinds of things.”

President Lefton felt that it is important that the facility is truly an extension of Kent State, although it will be located downtown, Glavan said.

“We have bisected it, dissected it, sliced it, diced it and chopped it,” he said. “We have put it in so many different configurations and tried to interface it and intersect because of so many parts and pieces—that have to flow—from traffic, drop offs, deliveries, service, pedestrian flow, pedestrian access, relationship with PARTA to the parking garage, paying attention to the university’s investment in what they are doing, buying the properties.”

Glavan said there are three big corners that planners are sensitive to.

The hotel will be placed along Depeyster Street, allowing the opportunity for customers to drop off and check everything into the hotel.

“What we tried to do in the planning was get an integration so there wasn’t an overlap in activities and try to simplify it,” Glavan said. “What we have done is created one

In working with the city, Glavan said he and the architects respected design guidelines that are already established, rather than reinventing what is happening.

“A way to carry on that same dialogue,” he said. “Take what we have already accomplished and where we have been in issuing this development.”