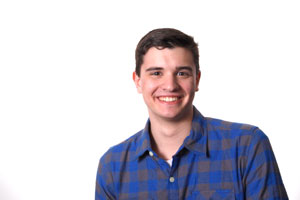 "Madmen and butchers have no place in the 21st century, and as America continues to face a very uncertain future, we must not turn a blind eye."

Bryan Staul is a sophomore political science major and columnist for the Daily Kent Stater. Contact him at [email protected]

Once upon a time, the GOP had a chance to win the budget argument.

Despite my serious disagreements with the Republican platform, even I had to praise politicians like Wisconsin Rep. Paul Ryan. Even though his plan was completely politically unviable and overwhelmingly favored the wealthiest of Americans, it was still a bold and intellectual proposal toward the government’s inflated budget. However, the Republican Party lost the high ground in the days leading up to what was almost a government shutdown.

For the first time in a long time, it was the Republicans who fell into disarray — not the Democrats. The Tea Party faction clashed with House Speaker John Boehner and turned what was a debate on fiscal policy into a battlefield of the culture wars. Conservatives attached amendments attacking Planned Parenthood; their reasoning was abortion. It seems they completely forgot that federal funding for abortion is already banned and that Planned Parenthood also provides important services such as screening for breast and cervical cancer as well as treatment for sexually transmitted diseases. In fact, abortion only represents a small percentage of Planned Parenthood services.

Other Republicans attacked the U.S. Environmental Protection Agency regulations that dealt with clean drinking water and renewable energy. These proposals, among others, shifted the necessary task of cutting government spending to petty, political bickering. The result was 800,000 federal workers sitting on the edge of their seats.

A shut down was avoided only when the president stepped in, forcing both sides to compromise. Politically, the president won this round. He appeared to rise above the inaction of Congress and acted as a statesman of sorts.

The loser is Speaker Boehner. Boehner is a smart and pragmatic politician who fell victim to the new additions to his caucus, the ideologues. Even Boehner’s relationship with his deputy Eric Cantor seemed strained. In the end, the Democrats achieved a less than perfect budget, but it was closer to what they desired than their Republican counterparts.

Perhaps the biggest loser is the American people. The United States deserves a smart budget, one that balances the need to kick our addiction to federal spending and our need to have an effective government. This is going to mean both parties sacrificing.

Democrats must look at our entitlement system while preserving what makes Social Security and Medicare work. Republicans will also have to accept cuts in our military’s budget, which right now stands around 680 billion dollars. Republicans will also have to accept that cuts will not solve the problem and that more revenue will have to be brought in.

This means they will have to use the dirtiest words in politics: tax increase.

Balancing the budget will be the most daunting task in America, and nothing illustrates this more than our debt clock. Despite the Democrats’ short-term victory, we need a long-term solution, and that will require actual leadership from both parties.

The real question that needs to be asked is does that kind of leadership exist in Washington?