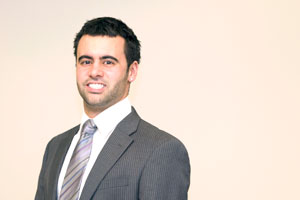 Michael Moses is a columnist for the Daily Kent Stater. Contact him at [email protected]

During the 14-hour flight to Shanghai, I remember thinking to myself, “How would the Chinese students accept us?” I didn’t know how big of a role the language barrier would play.

Fast-forward three weeks, and I left Shanghai with new friends and more life experiences than any professor or lecture could teach at Kent State.

I went as part of a class, International Storytelling, which is basically a journalism project centered on the city of Shanghai. Sixteen students and three faculty members, all affiliated with the School of Journalism and Mass Communication, traveled to a city that more than 20 million people call home. There, we worked on multiple stories ranging from food and culture to politics and street art.

A range of journalism students went on the trip, including photojournalism, broadcast and newspaper majors. Thanks to the group’s collective skills, we are designing a website to showcase our finished stories.

While there, we were paired up with Chinese journalism students from the Shanghai International Studies University. They acted as our assistants (think a mix between liaison and interpreter). Without these students — our new friends — as our partners, the project simply would not have been possible.

I’ll never make fun of Chinese people for mispronouncing an English word ever again. The majority of the students and faculty members knew and understood a great portion of our language, while we only knew small words such as “ni hao” (hello) and could maybe, maybe count to five in Mandarin (I still can’t).

I’ve traveled throughout Europe, and it was fairly easy to get around. I could pick up some words because they were spelled similarly to the English translation. But in China — yeah, right! They’ve got symbols.

Not only is the language different, so is the food. In America, we think of Chinese food as General Tso’s chicken, egg rolls and fortune cookies. Newsflash: None of those menu items actually exist in China. But we weren’t missing out one bit. The rice, the dumplings, the pork, the chicken — everything was so fresh and well-prepared.

I was one of the more adventurous eaters in the clan. A few of us planned to do a Food Channel-esque “Food Diaries” story where “we” would go around eating different foods. “We” would film out live reactions to dishes unknown to America. I became the experimenter.

I started off with easy things like snake, fried seahorse and ostrich (the ostrich was very good, I’d actually order that for a meal), jellyfish, worms the size of my thumb and frog. Not frog legs, I’m talking skin and all. All of these items were nothing compared to the grand finale.

I needed something to truly make viewers say, “What the…” The most outrageous meal of the trip was eating a sheep’s penis. Yes, you read that correctly. I don’t want to talk about it.

The thing about China I’ll never forget is the size of its cities, such as Shanghai and Beijing. There are clumps of skyscrapers scattered about a three-hour radius, and that is considered one city.

The closest thing in the U.S. would be the scene of New York City and New Jersey, and people get confused with which is which. Newark, New Jersey, is right across the river with skyscrapers of its own. In a city like Shanghai, this is the norm. Clumps of skyscrapers and 50-story apartment buildings were everywhere I looked.

China and America are definitely different, but I still felt safe and welcomed. If Kent State offers this course again, students should jump on the chance to be part of this experience. It has opened my eyes to not only a different approach to journalism, but also a different side of the world.