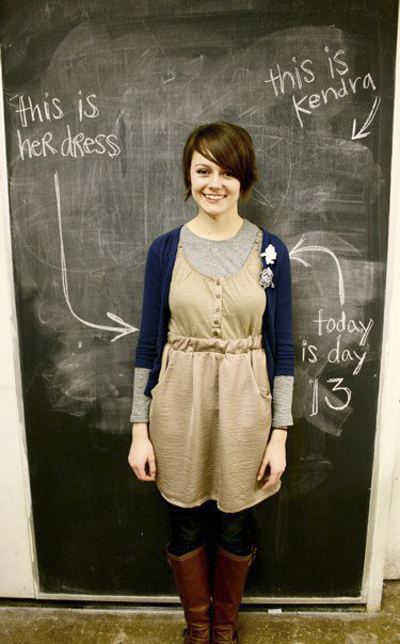 Two Kent State students put their time and effort to use by raising money and awareness for a nonprofit organization in Northwest Ohio called The Daughter Project.

Kendra Sherbourne, senior human development and family studies major, said the main goal of The Daughter Project is to rescue and help girls and women involved in the world of sex trafficking.

“As a future family professional, I think it’s important for families to realize that it’s happening here, too, not just in other countries,” Sherbourne said.

Members of The Daughter Project built a recovery home for the rescued victims of sex trafficking, Sherbourne said. It is a “transition house” that provides teachers and counselors to help the victims, she said.

The Daughter Project is based in Perrysburg, which is located outside of Toledo, the fourth-largest sex trafficking city in the United States, said Caitlin Elmore, junior visual communication design major. She said Toledo is a huge target for sex trafficking because the city is so small but filled with so many people.

“Pimps are using Craigslist, Facebook, truck stops and malls to lure children and young adults to them,” Elmore said.

Elmore and Sherbourne said they were inspired to help raise awareness about sex trafficking from a middle-aged woman who lives in Toledo. This woman wore the same dress every day for six months.

Sherbourne said putting on the dress every day is a metaphor.

Sherbourne has followed suit and has started to wear the same dress every day, which she said helped her raise money and awareness for The Daughter Project and sex trafficking. She said she made announcements in her classes and church organizations that let people know what she was doing.

The point is to get sponsors for each day, Sherbourne said. She has three sponsors who donate a certain amount of money for each day she wears the dress.

Sherbourne said she will wear the dress for at least 30 days, but if her sponsors continue to donate money, she will style it each day until the end of the semester.

If students are short on cash, they can help raise awareness for sex trafficking in other ways, Elmore said. Just letting people know this is happening and getting others to fight it helps a lot, she said.

Elmore said some strippers or pornography actresses are part of sex trafficking. People don’t realize that these women are also victims, she said. People are forced into that life because of poverty and poor living situations.

These girls are lured into a “false sense of love,” Elmore said. They depend on their “pimp” for food, shelter and clothes. These women are having sex to survive, and they can’t just leave, Sherbourne said. People need to realize these women are victims, not criminals, she said.

Being aware of these situations can prevent them from happening. She said every little thing people can do to raise awareness helps, even if it only saves a few people from living that life.

“It’s very unfortunate that we’ve let this happen because of the society we are,” Elmore said. “I just wish the United States could be the country it should be and not support such a horrible lifestyle.”