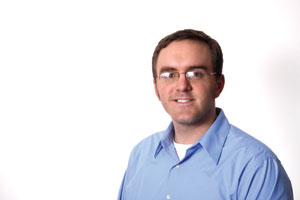 Daniel Sprockett is a researcher in the KSU Department of Anthropology and a columnist at the Daily Kent Stater. Contact him at [email protected]

The safety of nuclear power generation has been a hot topic since a 9.0 magnitude earthquake sent a 30-foot wall of water crashing into Japan’s Fukushima Daiichi nuclear power station March 11. Although the station’s workers acted quickly and courageously to prevent a total core meltdown, the catastrophe has made many people around the world question their support of nuclear energy production. In fact, a recent PEW Research Center poll reports that 52 percent of Americans oppose increasing the use of nuclear power (up from 47 percent last October), while only 39 percent say they favor it.

An important factor underlying this shift in public opinion deals with the perception of safety in the nuclear industry. The same PEW poll revealed that only about a quarter of Americans (24 percent) believe American nuclear power plants are designed to be safer than those in Japan.

But is this perceived threat warranted? Is nuclear power safe?

My answer would have to be — compared to what?

According to a report by the U.S. Energy Administration, the top three sources of energy in the United States are fossil fuels. A staggering 37 percent of our energy consumption comes in the form of oil, while natural gas and coal account for another 25 percent and 21 percent of our yearly consumption, respectively. That means that about 9 percent of our energy comes from America’s 104 nuclear power plants, and only around 8 percent comes from renewable resources like wind, solar, hydrothermal and bio-fuels.

If public opinion was dictated by rational, informed responses to danger, we would expect nuclear energy might cause high levels of disease or even death to those living near production plants or working in that industry. However, the actual health and mortality data point to the complete opposite.

A recent analysis by The Lifeboat Foundation has shown in terms of the number of deaths per Terawatt hours, nuclear energy is one of the safest forms of energy in use today. When taking into account the dangers of resource extraction, as well as the health impact of air, soil and water pollution resulting from the burning of fossil fuels, you find nuclear energy production to be far safer than fossil fuels. In fact, for every one person killed because of nuclear energy production, 900 die to produce the equivalent amount of energy from oil. Even more shockingly, producing the equivalent amount of energy using coal results in an astounding 4,000 times more deaths worldwide.

Fears of radiation poisoning have also been greatly exaggerated, and I think they stem largely from the average person’s unfamiliarity with radiation exposure. For example, according to the U.S. Nuclear Regulatory Commission, the average person is exposed to a radiation level of around 620 millirem every year, mainly from cosmic rays, the natural decay of earth’s elements, and medical procedures. In comparison, living next to a normally operating nuclear power plant for a year only increases that exposure by 1 millirem.

The bottom line is this — there will always be dangers associated with harnessing the power of the atom. But the world’s population will reach 9 billion by 2050, and we must find better ways of powering our lives.

Each new generation of technological advancement only spurs on the need for more energy consumption, and our current modes of burning fossil fuels are inefficient, unsustainable, and dangerous. Nuclear energy may not be the whole answer, but with reasonable foresight and strict safety regulations, it can be part of the solution.