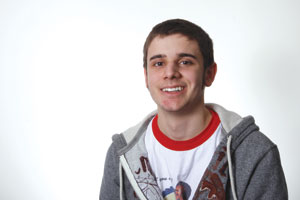 Dylan Lusk is sophomore Electronic Media Production major and columnist for the Daily Kent Stater. Contact him at [email protected]

Super Bowl weekend brings excitement to people all over the country. People may watch for the game, commercials or the halftime show, but I watch for a different reason — to throw away my money with some outrageous gambling.

Sure, you can bet on any game, and it’s no big deal. But that sort of betting is kids stuff. Which team is leading team at the half? Who cares? Will there be a safety? No one even knows what a safety is. Leave those bets to Pete Rose.

That’s what I like about Super Bowl gambling. It’s such an overdone production. There are just too many things going on to not bet. In my right mind, I won’t be sitting through the halftime show. However, say I have money on if will.i.am has an article of clothing that lights up, then I’ll stick around for it.

Now say we’re betting on how long Christina Aguilera holds the note “Brave” at the end of the star spangled banner. I can throw $50 towards that. She loves to over sing; she wouldn’t take it easy at the Super Bowl.

What about the color of the Gatorade shower? That’s basically a sure thing. Football teams drink water, not Gatorade. Sure, Gatorade hooks the team up with a cooler full of Gatorade, but that’s just a prop. So if you bet on anything other than water, you’re basically asking that football become scripted. And that’s just ridiculous.

The coin toss is a good one. Always remember that tails never fails, except when it’s heads.

The fact that you can bet on who will be thanked first in the MVP speech is surprising to me. This is because everyone will thank God first. And if they don’t thank God, there will be catholic backlash all over the country. Then during next season when that player suffers an injury, it will be the subject of a conspiracy chain e-mail about Christianity. That’s not good publicity.

There have been a number of bets based on what the announcers talk about. One can assume these bets have been on the rise since John Madden last called the game because now they can understand what the announcers are talking about. My personal favorite is the bet on how many times they mention Brett Favre.

Some bets are just a little bit ridiculous, though. For example, you can bet on if there will be a wardrobe malfunction. I mean, really? Ratings will have to drop pretty low for them to allow that one again.

So maybe gambling isn’t really your thing, or maybe you just want to sit and watch the game. I’m not here to judge you for that. I’m just saying that while all you got out of the Super Bowl this year was stress; I made $100 watching it. And I fell asleep before halftime.