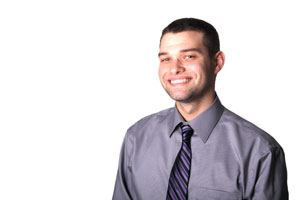 Kyle McDonald is a senior magazine journalism major and a columnist for the Daily Kent Stater. Contact him at [email protected]

It amazes me how a snowstorm can take precedent over almost every other aspect of society. Even in this technological age when we have some form of control over most situations, Mother Nature still finds a way to let us know she has the final say.

At least we Midwestern folk know how to cope with the blizzards when they hit. Sure, occasionally we’re forced to cave a little and close school. I won’t complain when that happens. But even if the schools are shut down, many hardworking people still make it to their jobs and manage to carry out their daily functions. Since the age when I could be trusted to be home without supervision, a school closing never affected my parents’ ability to go to work.

The term “snowpocalypse” has become popular in recent years with blizzards pummeling the East Coast, forcing even the federal government to take a break. So far this year, it seems like D.C. is trying to milk it for all it’s worth. I always find it humorous when I hear about other regions panicking at a mere threat of snowfall. Now, as I spend a semester in our nation’s capital, I can witness it firsthand.

During the first week of my stay, the city experienced a small flurry, causing many offices to let their employees go home two hours early. I found the situation a little ludicrous.

Last week brought the next and most recent incident of snowy weather to the area. This time around it was definitely far worse. A number of commuters were stuck bumper to bumper in traffic for hours. The snow was so terrible it reminded me of weather in Northeast Ohio. I feel sympathetic for anyone under those circumstances, but I still managed to find enjoyment watching cars perform dances of uncertainty from my balcony view. Despite the roads clearing by morning, the government justified an official two-hour delay.

It’s during times like these when I’m able to wear my Ohio heritage like a badge of pride. I want to believe Lester Lefton is more likely to keep classes going while Washington’s big wigs are likely to hold off debating our nation’s most important issues. It feels satisfying to say, “This is nothing, I’m from Cleveland.” Here it seems like the population of this city’s average IQ level drops 20 points for every quarter inch of snow. If I have to drive during a similar snowy situation, I might be the most experienced driver on the road. After all, 75 percent of my in-car lessons happened in similar road conditions.

I certainly don’t miss Ohio’s winter weather. As the rest of you buck up for a few more inches of snow, it’s likely to miss me. In fact, it’s quite nice seeing snow hit the ground only twice during January. But living far away from home has made me realize how truly thick-skinned we Midwesterners are compared to a majority of the country.