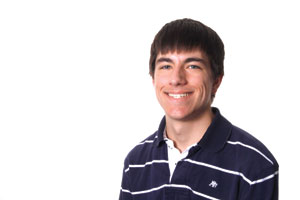 Jody Michael is a sophomore broadcast journalism major and columnist for the Daily Kent Stater. Contact him at [email protected]

In other words, no other football player may take part in interviews, or press conferences, or concerts or any other part of the weeklong pre-game hype taking place wherever the game is that year.

I thought of this the night before this year’s Super Bowl during Kent State’s men’s basketball game against Central Michigan. At halftime, there was a ceremony for the Varsity K Hall of Fame’s new inductees.

One inductee was Cleveland Browns return specialist and Flashes’ former standout quarterback Josh Cribbs, but he was suspiciously absent. Instead, he was reveling in his fame at Super Bowl parties in Dallas.

One website had him give a stupid softball interview to Baltimore Ravens linebacker Ray Lewis on the red carpet of a party sponsored by Moves Magazine. An ESPN Radio show thankfully had him as a guest alongside Adam Sandler and LaVar Arrington — vital Super Bowl programming from the Worldwide Leader.

He also tweeted that he was at parties hosted by EA Sports and Maxim with players such as Reggie Bush, Terrell Owens and Chad Ochocinco.

But why? None of those players were playing in the Super Bowl. While the Green Bay Packers and Pittsburgh Steelers earned their trip to Dallas and spent the week practicing for the game, why should players from the other 30 teams go to Dallas and have way more fun than the players who actually won the opportunity?

The punishment for the players who do not earn a trip to the Super Bowl should be that they actually cannot go. Remember the old phrase “win or go home”? Cribbs’ team lost, but he still went to the Super Bowl. If losing players can still go to the game, that dilutes the incentive for them to put forth their best effort to win the chance to play in it.

Not only did Cribbs make a trip to the Super Bowl he did not earn, he played hooky for his induction into his alma mater’s athletic hall of fame — something he actually did earn!

I realize Cribbs is very grateful for his opportunity to excel at Kent State — he returned to graduate last spring, and he paid back his athletic scholarships when the team retired his uniform number in October. But ditching his hall of fame induction for Super Bowl parties is a glaring exception that shows he is looking for the wrong kind of attention.

Josh, I don’t ever want to see you at a Super Bowl unless you are there to win it. That applies to every other active NFL player whose team did not win the trip there.

The media should also stop spending the week of the game hyping players who didn’t win the championship and therefore don’t belong near it. They give Josh and other players importance they do not deserve — yet.