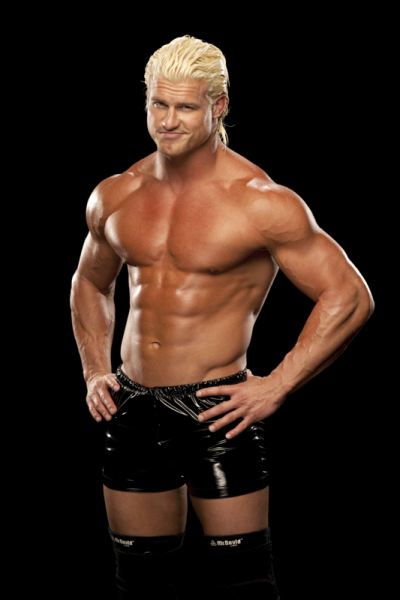 After watching his first World Wrestling Entertainment event at the age of 5, Kent State graduate Nick Nemeth knew professional wrestling was what he wanted to do for the rest of his life.

“I had a goal since I was 5 years old to be a wrestler, and it stayed that way the whole way through,” Nemeth said. “I wanted to make sure while I was at Kent State I did as well as I could so that somewhere down the line I’d have a chance for a tryout. I figured the better I did, the better chance I’d get a tryout.”

Nemeth improved his chances by becoming one of Kent State’s best wrestlers. He graduated in 2003 as a four-time NCAA qualifier and three-time Mid-American Conference Champion, and his career total of 121 wins stood from 2003 to 2006.

With his impressive wrestling resume, Nemeth bulked up and searched for his inside to the professional wrestling career. After slowly being directed from person to person, Nemeth found himself backstage.

“I got to shake a few hands of these people backstage and expressed how I was interested in a tryout,” Nemeth said. “They said they knew my career, so it all worked out. I got a tryout in Louisville, Kentucky. They told me to get a little bigger and more experience under my belt. Six months later, I came back for another tryout and it went awesome. A few months later they hired me.”

Though Nemeth, who took the WWE name Dolph Ziggler in 2008, made his goals of becoming a professional wrestler, he quickly found he needed to set new goals. Getting hired by WWE was not the only competitive part of the job.

Nemeth highlights Nick Nemeth returns to his alma mater to make a special appearance to the Kent State Wrestlers’ Senior Day. He will serve as the honorary captain for the Flashes, who face Ohio at 7 p.m. Feb. 11 at the M.A.C. Center. Nemeth currently sits 4th in the Flashes’ most career wins with 121. Nemeth is 1 of ten Kent State wrestlers in the 100 Wins Club. Nemeth was a four-time NCAA Qualifier. He is 1 of only 4 to do so for Kent State. Nemeth was a three-time MAC Champion in the 165-weight class.

“The training route is difficult,” Nemeth said. “You’re fighting with people who have been around all these years. You get called up to the roster temporarily, and then it keeps getting harder and harder until you get on the roster as a WWE Superstar. Then you’re fighting to become the Champion. You want to be the face of the company, and it just keeps getting harder and harder. Every time you go to a different level, it just gets harder. I like the challenge.”

Though he acknowledged it is a show and for entertainment, Nemeth did not agree professional wrestling was not legitimate.

“We don’t really plan out anything ahead of time,” Nemeth said. “I have an idea of just about what everybody in WWE does to some extent. If you know some people more than others, you kind of know what their strengths are and how you can make a great match out of it.”

Nemeth said he believes one of his strengths is using some of his wrestling moves from college and variations of these moves in the WWE rings. Nemeth said his signature sleeper hold is a modification to a pinning combination move he used while at Kent State.

“I used to put both boots in and ride the legs,” Nemeth said. “I used to rack up riding time in college with that. I steal things all the time. I can kind of blend in a bit of both. It’s always been fun for me.”

Nemeth said being a professional wrestler is everything he hoped it would be.

“I love stepping into that ring,” Nemeth said. “Going out there, walking down the ramp, hearing the crowd’s reaction—which is usually boos. You’re on stage anywhere between 10 to 30 minutes. It’s all worth it. You’re out there showing off how great you are at what you do. You have fun and the people enjoy it. I love it. It’s the greatest thing in the world.”