What you should consider before bringing home a new pet 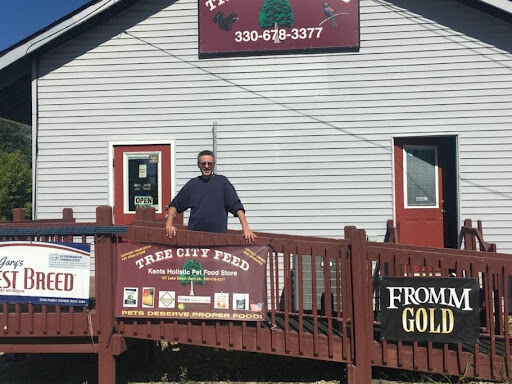 Have you ever been awakened to tiny footsteps in the distance? Quiet scratches at your door? Maybe the sound of a wagging tail or a purr you can’t ignore? If you have ever considered having a pet, these are some things that you just might have to prepare for.

Bringing home a new pet can be tempting, but it requires responsibility. Providing a substantial home for a new furry friend is important, so what are some essentials to remember?

“The first thing is to make sure we are prepared for that pet [and] recognizing the time that will be involved,” Weiss said.

Providing pets with the necessary attention can help support a pet’s emotional and physical needs. Weiss also finds that a pet’s environment can impact its social behavior.

“You want to bring them into the nicest environment possible,” he said. “You’ll have a calmer dog and a happier dog. And all that animal wants to do is please you.”

Pets, just like humans, require food, shelter and water. Owners will also need to think about other expenses that may be costly down the road. How do you know if you can afford a pet?

American Kennel Club calculated the cost of traditional pet ownership, like dogs, is between $14,000 to $16,000 for an average life expectancy. This number can vary depending on the breed and size of the animal.

Each category plays an important role in the health of a pet, but what should be at the top of the list?

Weiss said the first thing new owners need to budget for is food.

“That really is your biggest expense is food,” he added. “And when you really look at it, you’re not looking at that much per day. Maybe a dollar or two.”

According to the American Society for the Prevention of Cruelty to Animals, new owners can expect to spend about $300 annually on dog food. This breaks down to about a dollar a day.

“If she ever has to go to the vet, I make sure I have the money to take her to the vet,” Sinclair said. “Pay the way in case something bad happens. The same way if you have the finances, you have money saved away for a medical emergency.”

Sinclair said she prepares for these moments.

Though there are similarities in terms of budgeting concerns, Sinclair added that some aspects of pet budgeting differ because the hedgehog requires a heating lamp which uses more electricity.

“If I wasn’t in an apartment that paid utilities for me, I perhaps would be cognizant of the fact that that heating lamp is pretty important,” she said. “If she dips out of temperature or above temperature, she can run into some issues.”

Sinclair also mentioned the differences and similarities between traditional and non-traditional pets.

“Hedgehogs eat protein-rich diets. So generally, there’s some specific hedgehog feed, but most people don’t like it and prefer to feed the hedgehogs cat food [and] dried cat food,” she said.

She said hedgehogs can also eat fruits and vegetables including brussel sprouts, carrots and apples.

Similarly, pets like dogs or cats can eat both meat and vegetables, but what is the best diet for a pet?

Weiss said that a raw diet is a pet’s best option for nutritional benefits.

“It is the natural diet of our dogs,” he said. “I never met a coyote cooking a rabbit over a campfire, and they’re still canines.”

He pointed out that the most common pet foods seen in stores today will be dried foods. These foods are usually bagged and easy for storage but will not have the same nutritional value.

Instead, he said purchasing dried bag food from smaller brands like Dr. Gray’s Best Breed, is an alternative.

Weiss added that an animal’s health is dependent on its diet, but the food is not the only object owners should worry about their animals ingesting.

“One of the biggest issues I’ve seen over the years with dogs dying and having emergency problems has been because of toys,” he said.

Weiss compares furry companions to babies who will eat anything, whether it is harmful or not.

New owners should avoid toys like rope or rawhide because the animals can ingest particles that will not pass through the body. Instead, natural beef ears are less harmful.

“They are actually good for dogs’ teeth, and they have chondroitin,” he said. “If your dog needs to chew on something and ingest it, beef ears are 100% digestible.”

Pet food company, Kip & Twig, defines a beef ear as a dried dog treat that provides dogs with an ample amount of chewing time. These treats are full of chondroitin, which is a component of cartilage. The chondroitin helps improve joint and arthritis health problems in dogs.

An alternative to toys would be for owners to play, walk or train with a pet to provide a fun and active lifestyle.

“My number one concern for pets is they’re cared for just as good as we would care for each other,” Weiss said. “They are our family, and everyone must look at it that way. We want to do the best we can for our pets.”

Alexus Rayzer is a reporter. Contact them at [email protected]