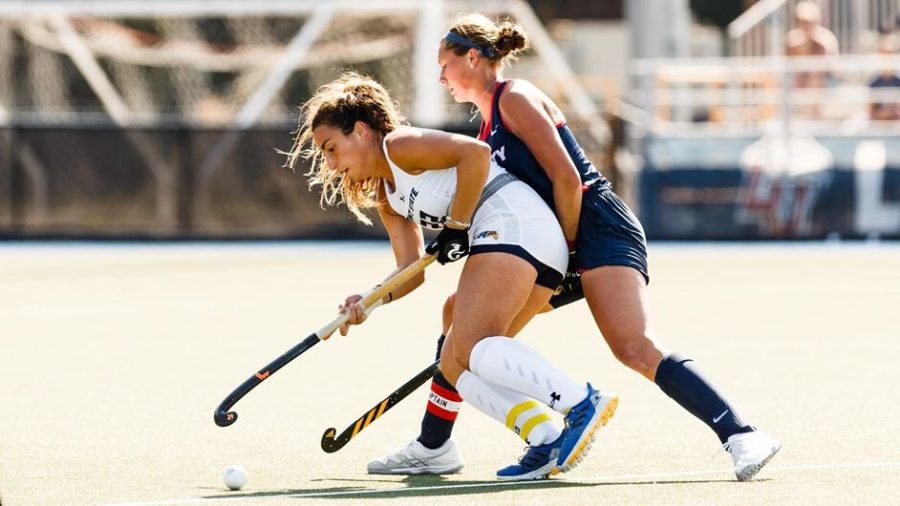 No. 22 Kent State came out with a 2-1 win on Friday, in yet another overtime victory.

Coach Kyle DeSandes-Moyer was focused on ending the game quickly in overtime.

“Our team had a lot of experience in overtime this year,” DeSandes-Moyer said. “It was more about making sure we did the things we knew how to do in overtime and ending it quickly.”

A back-and-forth first half ended with a KSU goal as time expired.

The Flashes utilized their penalty corner, in which fifth-year midfielder Clara Rodriguez Seto scored with no time left in the second period. Senior forward Luisa Knapp and junior back Maria Cambra Soler had assists on the play.

The rest of the game featured a defensive battle until Appalachian State received a penalty corner with just two seconds left in the fourth period. The Mountaineers scored off the corner with zero seconds left to tie the game.

Just over two minutes into overtime, Rodriguez Seto scored the game-winning goal. It was her second goal of the game. The game-winner came off another successful penalty corner where Rodriguez Seto’s first shot was blocked and then recovered the block to score.

Each team had double-digits in the shot category. Kent State had 14 shots and four on goal. Appalachian State had 15 shots and seven on goal.

DeSandes-Moyer was pleased to see the team’s offense improve after working on it.

“We were happy to see that improve on Friday,” she said. “We have been working all week on our attacking plays and generating more outcomes in our attacking end.”

The Flashes have won all five overtime games they’ve played in.

On Sunday, KSU’s six-game win streak came to an end, after a 2-1 loss against No. 9 Liberty University.

Kent State’s defense was under constant pressure against the nation’s best offense.

“We were really focused on our defensive principles,” DeSandes-Moyer said. “We were making sure we were on the same page on playing disciplined team defense.”

Currently Liberty leads the nation in goals per game, assists per game and points per game.

The Flashes fell behind early, after the Flames scored seven minutes into the game. Liberty would score its second goal early in the fourth period.

Kent State made an attempt to comeback after senior midfielder Helena Cambra Soler scored with 1:02 remaining in the game. However, it was all too late as time expired. Rodriguez Seto got the assist on the play.

Despite the loss, DeSandes-Moyer says the team’s morale is still good.

“It’s good to have this game in between two MAC opponents,” she said. “It’s a nice time to play a good opponent at a high level and enjoy the game without the pressure of the MAC standings looming behind them.”

KSU was outshot 30-7 and 21-4 in shots on goal. Liberty had 11 corners compared to Kent State’s four. Fifth-year goalie Azure Fernsler had a season-high 17 saves on the day.

Kent State had a competitive weekend as DeSandes-Moyer pointed out.

“It was a good, challenging weekend,” she said. “It required us to be very resilient and play tough in two straight games.”

Kent State is now 11-5 overall and 5-1 in the Mid-American Conference. The Flashes currently hold the tiebreaker for first place in the MAC over Miami University.

KSU will look to stay in first place when the team travels to MAC opponent Ball State University on Saturday. This will be Kent State’s final regular season game of the year.