Texas abortion legislation may affect the future of Ohio policies 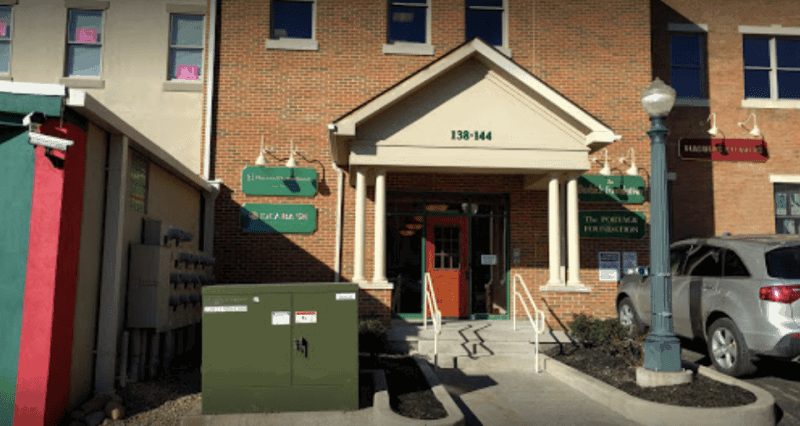 Republican officials in many states are pushing for stricter abortion laws after Texas passed one of the most controversial and restrictive abortion laws in the country. The Texas law, known as Senate Bill 8, limits the ability of abortion providers to provide abortion care beyond six weeks of pregnancy, and in some cases even earlier.

As many GOP officials and state legislatures move to replicate this ban in the near future, Ohio representatives are on the fast track to amend the original state law as advocates on both sides of the issue wait on another ruling that could potentially overturn Roe v. Wade.

The Ohio law vs. the Texas law

The differences between the Ohio and Texas abortion laws are minute when the abortion is no longer legal, but the key is to understand the impact the Texas law could have if a similar one is enacted in Ohio.

The current, but unenforced, Ohio ban is similar to the Texas ban with abortion being prohibited once a fetal heartbeat is detectable with no exceptions for cases of rape or incest.

The Texas law, however, relies on private citizens, not the state government, to sue abortion clinics and patients to help enforce the law. This enables every Texas citizen with the power of a “mandated reporter” or deputized citizens to ensure the law is being upheld.

“The statute says anybody that has information about abortion can sue anybody who was involved in the operation, except the woman. She is specifically exempt, but everybody else, a doctor, nurse, somebody that provided money for it. It has interesting language,” said Tim Smith, a local attorney and emeriti professor of journalism at Kent State. “In essence, it’s a no-fault law. If you have anything to do with this abortion, you can be sued by anyone else. You can be sued by somebody years after the fact.”

“Vigilante justice,” or the act of enforcement of the law without legal authority, is key to understanding the unique call-to-action legislation that it provides Texas citizens with. Residents of Texas can bring action to any and all people that offer assistance to women in search of an abortion. This can mean relatives, friends and third-party driving services such as Lyft or Uber can be held liable for an abortion.

“The vigilante justice is an added horror that no one wants anywhere, in terms of the straightforward nature of the prohibition on abortion. Ohio passed that bill already. We are looking for the courts to stop it,” Gabriel Mann, Communications Manager of NARAL Pro-Choice America Ohio branch said. “Vigilante justice is the worst public policy idea anywhere. It poses an incredibly serious threat, especially if other areas of government see that this is a good idea. It should be pushed to be solved.”

The interest groups at the forefront

“We are looking for the courts to stop it [new Ohio abortion law], all of the courts have been packed by the GOP. Since we can’t necessarily rely on the courts anymore, our office works to help people understand that the only level of protection left is the ability to change our own state government. We need to get a pro-choice governor and people need to elect pro-choice representatives,” said Mann.

While pro-choice organizations argue that the Texas policy impacts women’s healthcare in a negative way, groups like Right to Life view Texas as a pioneer in passing this particular legislation and encourages Ohio to do the same.

“Texas has done something novel here, this pro-life law has been enforced in Texas. There is legislation to consider a similar type of approach in Ohio,” Meg DeBlase, Executive Director of Right to Life of Greater Cincinnati said. “We see Texas a leader, they pass legislation saving babies immediately.”

Ohio’s enforcement agency of the current heartbeat bill relies on the Ohio Department of Health, while Texas relies on individual citizens that file private lawsuits against those who aid and assist in an abortion, which includes transporting pregnant women to an out-of-state abortion clinic.

“There is total immunity in the state of Texas [for the pregnant woman]. The change we want to make is that we want this enforcement mechanism of civil action lawsuits,” said DeBlase.

What does this mean for women looking for an abortion?

Many organizations like Planned Parenthood offer options and resources for women who are looking to have an abortion. Women living in Texas are connected with resources to out-of-state abortion clinics in Louisiana, Colorado and other states where abortion is more accessible. Most states require two clinic appointments before the procedure, and if the patient is a minor, parental consent.

If enacted in Ohio, these resources may quickly diminish for those looking to have an abortion or keep abortions accessible for others. The current Texas abortion legislation includes specific language that outlines the plan for abortion policy for an extended amount of time and may impact Ohio in the near future.

“The preamble [to the Texas legislation] reads something like, ‘We prize the right to life and the right to life is sacred’, however, Texas executes more people than any state in the union,” Smith said. “Don’t make assumptions about the policy.”

Annie Zwisler is managing editor. Contact her at [email protected]