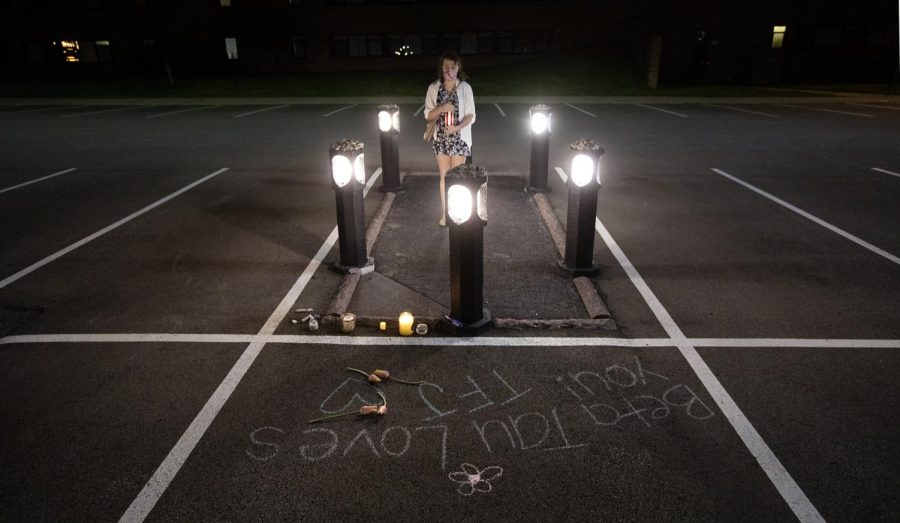 Avalyn Lund-Goldstein stands vigil inside the memorial space where Sandra Scheuer was shot in the Prentice Hall parking lot by Ohio National Guardsmen at Kent State University on May 4, 1970. The coronavirus forced the university to move the 50th anniversary commemoration events to virtual formats, but a small group of marchers still walked across campus as they have for 50 years since the shooting. Following the march, four people held candles in the spaces where each student fell.

Despite the coronavirus and the cancellation of the originally scheduled events for the May 4, 1970 50th Commemoration at Kent State University, a small group still followed tradition and showed up in the Prentice Hall parking lot to remember Jeffrey Miller, Sandra Scheuer, William Schroeder and Allison Krause.

The group carried candles and lanterns as they looped through the campus, then one person stood vigil in each of the four spaces that marked where the students were shot.

Ohio National Guardsmen opened fire on students and bystanders protesting the expansion of the Vietnam War into Cambodia. Four students were killed and nine others were wounded.