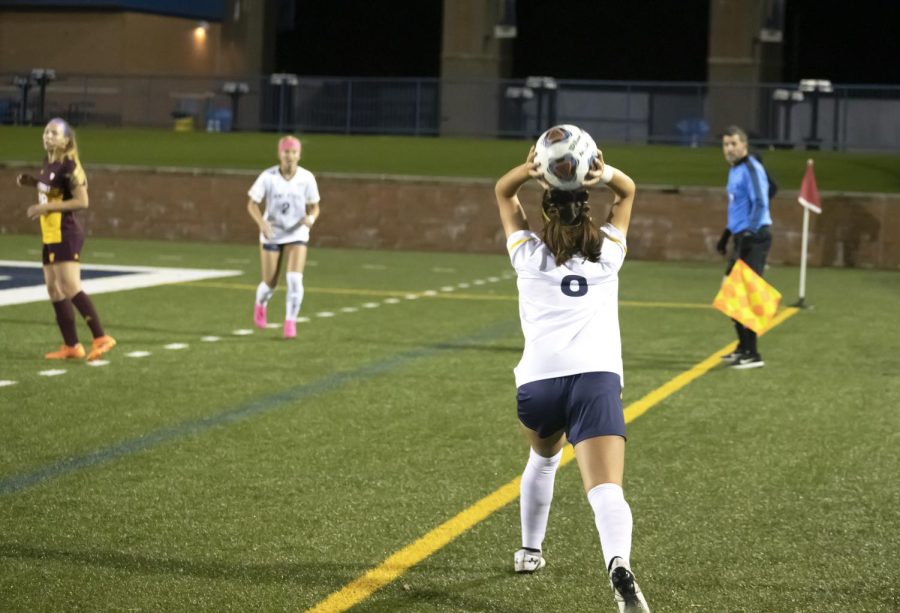 So the Mid-American Conference women’s soccer season comes down to this:

Kent State, picked in the coaches’ preseason poll to finish ninth in the MAC, will play Ohio University, picked to finish eighth, for the regular-season MAC championship on Thursday.

Both teams are 7-1-2 with 23 points in the standings. Teams get three points for a win and one point for a tie.

The regular-season champion will get the No. 1 seed in the league tournament, which starts Oct. 31 at campus sites. The first and second seed get a bye into the second round. Those teams will be Kent State, OU or Bowling Green, which is in third place with 22 points.

It’s possible that BG could be the champion if it beats fifth-place Toledo (5-3-2) on Thursday and KSU and Ohio tie.

“It gives us the opportunity to go for the No. 1 seed, and it’s in our hands,” coach Rob Marinaro said. “I will just look to prepare and give it the best 90 minutes or whatever it takes.”

“We’ll obviously watch Ohio on tape and see how they play — how we can neutralize them and how we can create our own offense.”

“I’m just proud of the team for sticking together and putting themselves in an opportunity for the No. 1 seed. We’re going to be a tough team to deal with in the playoffs.”

“At this point, we know what we can do, and it’s about putting things together and just having the confidence that we can play. It’ll be down to the effort and how well we’re willing to sacrifice and fight.”

On Sunday, redshirt senior forward Cameron Shedenhelm scored less than five minutes into the game with assists from redshirt senior defender Karly Hellstrom and freshman midfielder Siena Stambolich. The goal was Shedenhelm’s 10th of the season and 22nd of her career. She is tied for sixth place in career goals and seventh in single-season goals in Kent State history.

Five minutes into the second half, Hellstrom scored with an assist from freshman midfielder Alisa Arthur.

“Offensively, we did pretty well counterattacking,” Marinaro said. “We just created some opportunities. We’re a little unfortunate that their goalie made a couple of amazing saves. We need to be a little more clinical around the goal.”

“I thought it was a solid defensive performance,” Marinaro said. “We got caught defending a little too much today. Overall the team came in and did what it took. They fought hard and got the result that they needed.”

Cole Oswald is a reporter. Contact him at [email protected]