How improvements made to Downtown Kent affect students today 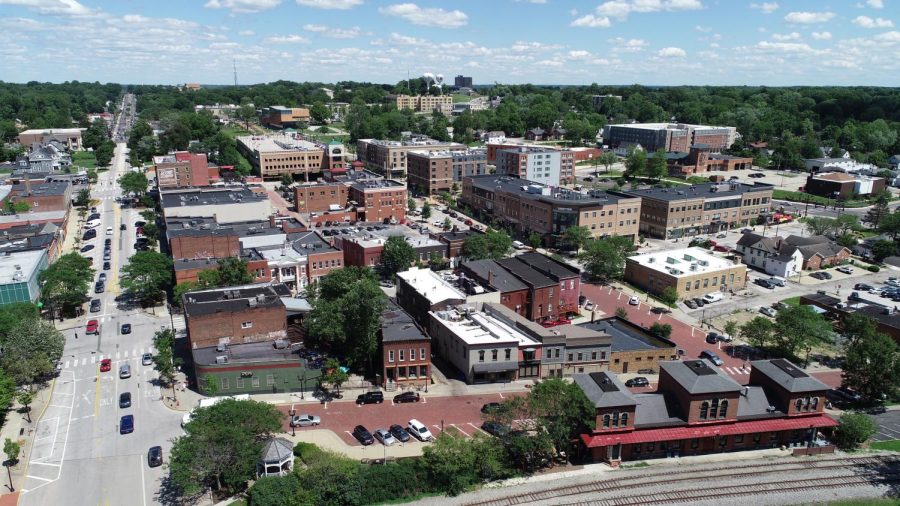 The year is 2002. As a college student at Kent State you have just a few options when it comes to entertainment downtown, and even fewer if you aren’t twenty-one.

“The student body were the people that we were neglecting,” said Kent councilwoman Heidi Shaffer. She explained that before the revitalization of downtown, the students would generally go back home on weekends because there were simply not many options when it came to local amusement.

Tom Wilke, the economic development director for the city, explained that in the past there was not much of a reason to stay in Kent or be there in the first place. The city lacked a visual appeal and unique vibrancy that would draw in an audience.

Up until the election of Kent State’s eleventh president, Lester Lefton, the university and the city did very little together when it came to involvement within each other.

Shaffer explained that the city did not view the university as a substantial resource and struggled with attracting the younger demographic the school brought to Kent. “If I wanted to do something, Kent didn’t have much to do. I would go home,” said the President of the Kent Historical Society Jack Amrhein.

Amrhein explained that while improving, the connection between the student body and the town is lacking due to the ghost of May 4th. There will always be a sense of mistrust between the city and the students.

In protest of US involvement in the Vietnam War, students rebelled in large numbers. What were once peaceful demonstrations quickly turned to drunken and angry protestors when the announcement of the preemptive strike on Cambodia became public knowledge. Students began raiding the streets of downtown, breaking store windows, lighting fires and tipping over trash cans.

Shaffer explained that when the university and the city saw each other as resources to one another is when improvements began to happen. “A town and a gown came together to save the community,” said Shaffer.

The university can use downtown to attract potential students who in return come to Kent for school and give their business to the local shops and restaurants. This helps downtown give off a vibrant and youthful atmosphere.

Wilke explained that Acorn Alley seemed to be the kickstart that encouraged other local businesses like Laziza, Popped and UniversiTees to come to downtown as well. The uniqueness these places bring is what helps drive the interest and sets Kent apart from anywhere else. “The people of Kent value locally-owned businesses,” said Wilke. The new businesses seemed to reassure city leaders that the change was vital for success.

Along with Acorn Alley came a few more projects that further improved downtown and the relationship with the school.

Shaffer explained that these projects consisted of the Kent Central Gateway downtown parking deck, Terrace Hall parking lot and Summit Street reconstruction. These all helped work towards the goal of uniting the school with the city.

Amrhein explained that events and festivals also play a big part in the success of downtown. It seems to bring in a crowd of people who wouldn’t cross paths with the town in any other way. This leaves them with the motivation to return in the future.

With all the change and massive growth comes the growing pains as well. While Kent continues to improve the many aspects of the downtown, a few areas of concern are brought to light by local resident and Last Exit Vinyl shop worker, Kevin Coral.

“How much can you care about a place you’re going to leave in four years?” said Coral. While downtown encourages student involvement, students may not feel as passionate because they don’t intend to stay after graduation.

Coral explained that while Kent is more entertaining, it is lacking the essentials to make it livable such as a grocery store or hardware store, yet more apartment complexes keep appearing. He believes downtown lacks a sense of expression and culture it was once widely known for. Coral made clear that the constant store turnover is alarming to local residents.

Coral recalled multiple times where he got to listen to street artists and musicians who could freely express themselves through their songs in the early ’90s. While culture is still encouraged, he believes it is not encouraged as much as it should be. Coral feels that a city thrives when culture and community run hand in hand.

“Speak up … demand the culture,” said Coral. He believes that improvements will continue if students and youth push for a stronger voice and support the local businesses. He believes that change will happen as long as passionate individuals continue saying what they need from the city.

While not all aspects are perfect, downtown continues to improve and flourish through setbacks and complications. Constant change is a normal route to improvement and revitalization of downtown. “Vibrancy means you can’t sit still,” said Shaffer.

Theresa Lovrak is a downtown and construction reporter. Contact her at [email protected]