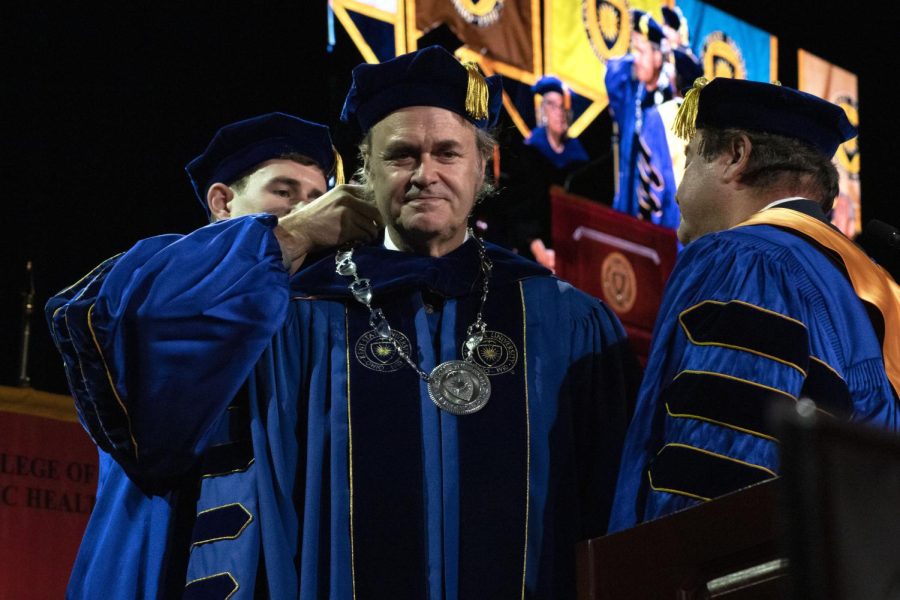 The Kent State Board of Trustees voted to approve a raise and contract extension for President Todd Diacon at its Sept. 15 meeting.

Chair of the board, Shawn Riley, said the board conducts an annual review of the president “in order to ensure that there’s clear communication of the board’s intentions to align mutual expectations between the board and the president, to assess the president’s performance in leading the institution, to inform the board’s annual decision’s on compensation and to maintain accountability for legal, regulatory and ethical compliance.”

The board first voted to approve a two percent increase in Diacon’s base salary for the current year, citing the president’s goals and accomplishments for 2021. Riley noted that the salary increase is the same rate provided to full-time faculty and staff at Kent State.

“The board recognized Kent State University’s impressive progress in student access and completion, academic and research programs, its regional impact, the stewardship of organizational resources, in protecting the campus community’s health, safety and well-being during the continuing COVID-19 pandemic,” Riley said.

Later in the meeting, the board brought forth and voted to pass an amendment to Diacon’s employment agreement, which would keep him in his role as president “at least through” June 30, 2025 and “hopefully” through June 30, 2027, Riley said.

“President Diacon has been the right leader for this point in Kent State’s history,” Riley said.

Diacon became Kent State’s 13th president in July of 2019 and has spent more than 30 years involved in higher education.

“Although I’m responsible for everything, I don’t actually do much,” Diacon said. He went on to thank the people involved at the university who support its endeavors, including communicating information, recruiting students and more.

“I really come from a bifurcated background in that on my father’s side of the family, they were dirt poor,” Diacon said. “On the other side, my mother’s family, not only the men, but for 200 years, the women in my family have been earning college degrees.

“I know I have this very long connection with the power of higher education. So, what I’m saying here is that by recognizing me and extending my contract, you are recognizing that as an institution, Kent State has to be committed to both access and degree completion.”

Emma Andrus is a reporter. Contact her at [email protected]