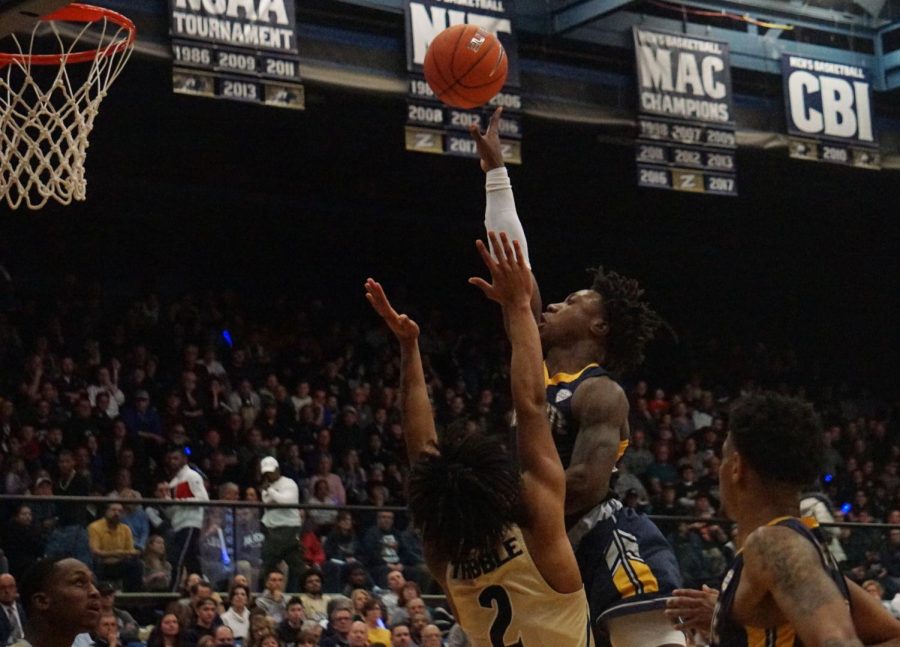 The first time the two teams played Eastern Michigan’s 2-3 zone held the Flashes below 50 points for the first time since 2014. The Eagles collapsed as senior guard Antonio Williams probed the lane. The lack of driving lanes limited his ability to find open shooters on the perimeter.

Williams scored five points on 1-for-4 shooting in 35 minutes. He only had one assist, as he turned the ball over five times.

Since the loss at Eastern Michigan, he has averaged 21.2 points per game and four assists per game. He has also attempted over 17 shots per game, which is the most in a five-game stretch in his career.

Regardless of his success, or lack thereof, he will take more than four shots on Monday night.

Senior guard Troy Simons emerged as a facilitator. He had a career-high six assists, and he has been able to fill that role when needed.

Freshman guard Giovanni Santiago will play more than the two minutes he played in his first game. He will likely fill the role of facilitator, leaving Williams to cut without the ball. His cuts will draw attention from the defense, which could free up sophomore guard Anthony Roberts and Simons for open 3-pointers.

Roberts and Simons combined to shoot 1-for-13 from three at Eastern Michigan.

Pippen scored eight points in the first half against Eastern Michigan during the first matchup, but only four in the second half, as the Flashes’ offense shot their way out of the game. They shot 5-for-25, including 1-for-16 from three in the second half.

Pippen shot 1-for-3 with five of his seven points coming from the foul line. If he can stay engaged attacking the hoop, he will draw attention from multiple defenders. This attention will give others opportunities, which will allow Kent State to shoot better than 16-for-55 like they did in the first game.

Settling less from the perimeter

Kent State settled for tough 3-pointers for the majority of the game. The Flashes went 17-for-31 in an 87-72 win over Ohio in the game before, but the loss at Eastern Michigan served as a regression to the mean. Kent State went 5-for-31 from three, as the offense settled for contested shots late in the shot clock.

Eastern Michigan slowed the Flashes to two fast break points, and they struggled to score in halfcourt sets. Santiago’s ability to push the ball with both Williams and Simons should provide more fast break opportunities.

Kent State will play Eastern Michigan Monday at 7 p.m. at the M.A.C. Center.