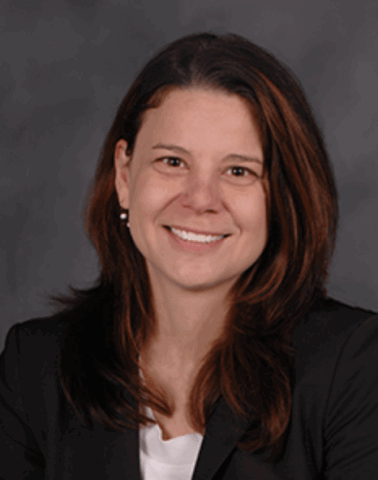 Sarah Malcolm is the director of international partnerships, marketing and Communication at Kent State University

Kent State partnered with the Pontifical Catholic University of Parana (PUCPR) in 2018 to create The American Academy program that aimed to push international enrollment and boost a relationship between the universities. Since the partnership began, the number of Brazilian students enrolled on Kent’s Campus has grown exponentially.

A relationship between Kent State and PUCPR began in 2012 when students in Kent State’s International Story Telling class went to Brazil along with two other faculty led study abroad programs that same year.

“We had students go down there and it was a good experience…so relationships started developing.” said Sarah Malcolm, the director of international partnerships, marketing and communication at Kent State University.

Since then, Kent State has been able to create and maintain a relationship with Brazil that benefits both universities.

The American Academy program–a dual enrollment program that drives international enrollment at Kent State University– consists of a liberal arts-fixed curriculum that officials at Catholic Pontifical University hope will give students more options in the educational and career paths.

Malcolm said that prior to The American Academy program Brazilian students did not have access to a liberal arts curriculum.

“In Brazil, students don’t have a liberal arts program like we have here. So you have general education classes that you take or the Kent core–those are your liberal arts courses­–they don’t have that in Brazil.”

The program allows students to earn an associate degree in science from Kent State within the first two years. They are then given the option to finish their bachelor’s degree at the Kent State campus or remain at the PUCPR campus in Brazil.

WKSU reported in 2017 that in anticipation of the commencement of the program, former Kent State President Beverly Warren stated that she thought it would appeal to international students who wanted an American education.

“So, taking Kent State to the world is a way to do that,” she said. “The other thing is to diversify the number of countries that we recruit students to come to the states.”

Leslie Bowser, senior global program coordinator for Kent State’s Office of Global Education, said that the program began with a strong mission that continues to grow and become stronger even with the obstacles international travel has faced during the pandemic.

“The student growth has been continuous throughout the pandemic…the total enrollment has increased quite dramatically.”

“It provides something that they are not able to get in Brazil normally,” Malcolm says, “and there’s enough of a market there that students are attracted to it.”

Although international travel to Brazil is currently banned due to COVID restrictions, students attending the PUCPR campus still take classes with Kent State teachers over zoom, BlackBoard Collaborate, and Canvas, and are still on track with the liberal arts curriculum.

Bowser says that The American Academy has remained a promising program for international students, especially in a time when travel restrictions are high.

“It may be one of the most hopeful programs we have right now just because of its explosive growth and how much enrollment to Kent State it’s driving,” she said.

One international student, Julia Duanetto De Sousa, is currently studying in Brazil through The American Academy Program and will return to the Kent State campus in the spring to further her bachelor’s degree. Duanetto De Sousa currently serves as the editor for Uhuru magazine and was able to transition comfortably between the Kent State campus and the PUCPR campus with the help of The American Academy.

“The campuses are very similar,” Duanetto De Sousa said. “The transition wasn’t hard because here at PUCPR we are already taking classes with Kent State professors from the Kent Campus and forming relationships with them even from Brazil.”

“It’s been great for enrollment for both universities and strengthening the partnership,” Bowser says. “I’m hopeful about it.”

Pontifical Catholic University of Parana faculty members were contacted for information regarding the relationship between the universities, however they could not be reached.

Halena Sepulveda is a reporter. Contact her at [email protected]