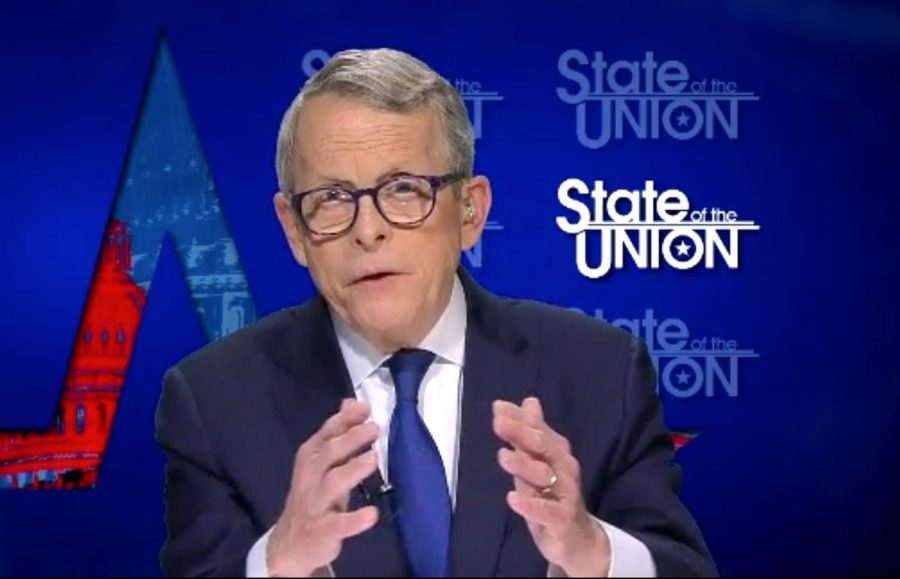 Ohio Gov. Mike DeWine talks about extending school closures through the end of the academic year on CNN's State of the Union on March 15, 2020.

COLUMBUS, Ohio (AP) — All bars and restaurants in Ohio will be closed as of 9 p.m. Sunday until further notice, said Gov. Mike DeWine, who is taking a tough stance on trying to stem the coronavirus saying “if we don’t take these actions now, it’ll be too late.”

DeWine said what he called “very drastic action” was prompted by concerns from around the state about crowded bars. He said takeout and delivery would still be allowed.

DeWine said he understood the impact on small businesses and steps would be taken to mitigate the suffering.

“What we’ve done this week is drastic action, but we’re taking these steps to save lives,” DeWine tweeted.

The governor said earlier in the day that it was possible that Ohio schools may be closed for the rest of the academic year.

The city of Columbus announced Sunday that a firefighter/emergency medical technician had tested positive for COVID-19. The firefighter has been isolated at home and 31 firefighters who had contact with the individual are being evaluated.

The Cleveland Metroparks Zoo and the Columbus Zoo and Aquarium joined the list of organizations announcing temporary closures.

A look at the latest developments in Ohio:

DeWine said he doesn’t know when bars and restaurants will reopen.

DeWine said he understood the “brutally tough” impact on small businesses and steps would be taken to mitigate the suffering.

“Delay means more people will die,” he said. ”Literally every day we delay, the data clearly shows that more people will die.” More than that, he said, the Ohio health care system “will not hold up” for others with urgent needs, such as those with strokes or heart attacks.

“People will die if we do not do not make these decisions,” he said.

Lt. Gov. Jon Husted said an executive order would be signed to enable workers who do not have paid leave benefits to access unemployment compensation during the emergency. Others steps would help bar and restaurant owners return liquor purchased for holiday or sporting events and to allow businesses and nonprofits help through disaster loans, he said.

DeWine says it’s possible Ohio schools may be closed for the rest of the academic year.

Speaking on CNN’s “State of the Union” Sunday morning, DeWine cited projections that the virus may not peak until the latter part of April or May.

DeWine on Thursday ordered every school in Ohio to close for three weeks beginning at day’s end Monday. He and Health Director Dr. Amy Acton acknowledged the hardships and disruptions that the order will create but said it’s necessary to help Ohio through the crisis.

Acton issued an order banning gatherings of over 100 people. The ban is not absolute and exempts airports, workplaces, restaurants, religious gatherings, weddings and funerals and other events.

As of Sunday, there were 36 confirmed cases of coronavirus in Ohio and 350 people under investigation, Äcton said, but she emphasized that such cases were only “the tip of the iceberg.” There have been no reported deaths in the state.

For most people, the virus causes only mild or moderate symptoms, such as fever and cough. For some, especially older adults and people with existing health problems, it can cause more severe illness, including pneumonia, or death. The vast majority of people recover.

The Cleveland Metroparks Zoo and the Columbus Zoo and Aquarium joined the list of organizations announcing temporary closures amid the outbreak.

Columbus Zoo and Aquarium officials announced a temporary closure as of Monday, while noting that there have been no known cases of exposure to the virus there.

The Associated Press receives support for health and science coverage from the Howard Hughes Medical Institute’s Department of Science Education. The AP is solely responsible for all content.