One Step At A Time: The Life Of A Spellebrity 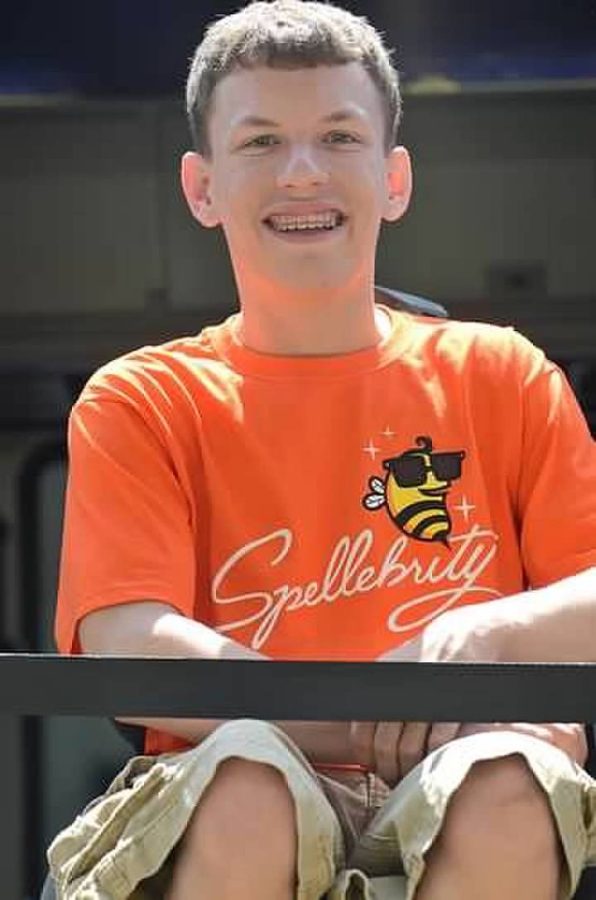 Our first afternoon in Washington D.C. I was ready to head to the picnic.

I have always loved words and reading. For as long as I can remember, I have aspired to be a natural wordsmith.

I was able to turn this interest into my passion and eventually compete in the 2012 Scripps National Spelling Bee when I was in the 8th grade.

It all started five years prior when I was in Mrs. Dye’s 3rd grade class. We played a game called Sparkle where students would stand in a horizontal line and work together to spell the letters of words followed by saying the word sparkle. I loved this game and I was so good at it that I even made myself a sparkle championship wrestling belt for the last day of school. None of my classmates were able to beat me and take the belt, so it was a good day.

I decided that it was my goal to compete in the Scripps National Spelling Bee and when middle school came it was time to achieve that goal.

Grades 5th through 7th were difficult for me. In the 6th grade I won my school spelling bee and made it to the county spelling bee, but I was eliminated in the second round. In 5th and 7th grade I didn’t even make it to Lisbon for the county bee. After my losses I was really upset.

However, everything changed when 8th grade came around. I studied everyday at the beginning of the new year to ensure that I would make it to the county level, and I did.

In my preparation for the county bee I studied every word that I possibly could. My mom helped me study multiple times a day and I treated this preparation like a professional athlete would train. After his horrible NBA Finals loss in 2011, LeBron James trained with NBA legend Hakeem Olajuwon to develop a post game that would add to his arsenal. It is safe to say that my mom was my Hakeem Olajuwon. I learned words from all many different origins, and just like LeBron worked on his jump shot form, I worked on my word breakdown form. The questions I asked were:

1. Can you please repeat the word?

2. Can I have the origin and definition?

It was the method to my madness. The 2012 Columbiana County Bee was my last chance and I was nervous as could be. On the day of the Bee I had hives because I was so nervous. My mom took me to the doctor and she said everything was good, so I was ready to roll that night.

The Bee went quite a few rounds until I had to spell the winning word on the same stage I came up short on two years before. The word was libretto. It is an Italian word that means the text of an opera or other long vocal work.

I didn’t bother to ask my usual questions because I was too eager. I spelled the word correctly and it was a victory that I had never felt before. I was headed to Washington D.C.

I was completely shocked by how many people knew I wanted to do this. The whole student body was outside of Daw Middle School the following morning to congratulate me on the win. They even rolled out a red carpet that was made of bulletin board paper. The week before the Bee they had a pep rally of sorts for me. I will never forget the kindness and encouragement the staff and students at Daw Middle School showed me.

The trip to Washington D.C. was unlike any other. We stayed at the Gaylord Hotel Resort and it was the most extravagant hotel we had ever been in. On the first day we went to a picnic where my family and I got to meet all the other spellers. I got to meet a guy named Daniel Oster. Daniel has CP as well. I will always remember his wit and humor. We had a lot of fun together.

The first round of the National Spelling Bee was an absolute blur. I was amazed by all of the competitors. Some of them even came from other countries. I was a small fish in a big pond, but I did as well as I could.

When it was my time to go up to the podium I was enamored with the lights and pageantry. I had to spell the word fete. Fete is a Middle English word for a celebration or festival. I spelled the word correctly and I did a Tiger Woods fist pump. I am excited because I was featured in a Sports Illustrated recap article of the Bee. However, I’m most grateful for the influential people that I met face to face.

In the hotel they had a place for making business cards. My dad and I made business cards with my face on them that said: Michael Reiner-Future ESPN Sports Journalist. One of my business cards reached former ESPN producer Trevor Gavin who was working at the Bee. We became fast friends. I even had the opportunity to meet ESPN anchor Sage Steele during the weekend because of Trevor. Both of these people gave me tons of advice that helped shape my path to journalism. I would not be where I am today without these wonderful professionals.

All of the spelling bee participants received an orange shirt with the word “spellebrity” on the back. It reads:

Spellebrity- noun: a person renowned for the ability to spell difficult words under pressure, bright lights, and the adoring gaze of millions: ME.

I will never forget this entire experience because it showed me how to win, how to lose, and how to work hard to achieve what I set out to do.