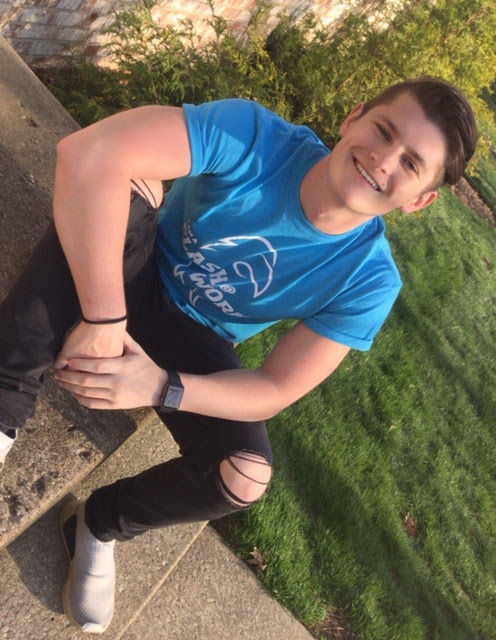 Dane Paris, senator of the Honors College candidate for USG.

There were no winners or losers Wednesday night as USG candidates vowed to implement more mental health resources, environmental protection and better restrooms for Kent State students at the annual USG debate.

Candidates pitched their platforms and ideas to fellow members of USG and the general public. The debate was mediated by election commissioner Megan Milam, a junior political science major. Instead of disputing each other, the debate served as a town hall where candidates could elaborate more on their potential future contributions to USG.

Many issues addressed by candidates were similar. Students from almost every college spoke up about increasing mental health initiatives within their programs. Dane Paris, a junior biology major and Honors College senatorial candidate, wants mental health resources to change on a university level.

“Unfortunately, one of my students took his own life due to the lack of resources or lack of knowledge of those resources,” said Paris. “That is something devastating and something we never want to see happen again. So being able to get students mental health resources is a priority.”

New ideas were introduced when it came to caring about the environment and what colleges can do in order to reduce their carbon footprint. Nitya Mittal, a sophomore biotechnology major and College of Arts and Sciences senatorial candidate, spoke about on-campus sustainability. If elected, Mittal explained her policy about implementing sustainable curricular in every college and raising the campus recycling rate.

Other candidates added issues to their platforms that affect just their college. Bathroom facilities in Rockwell Hall do not have doors, but curtains covering them. This problem also plagues the College of the Arts buildings as a whole.

“The toilets in the fashion school and college of the arts are terrible. They have curtains instead of doors, which is unacceptable. Who keeps curtains in their toilets?” junior fashion design major and College of the Arts senatorial candidate Apoorva Jain said. “Definitely having doors and better sanitary units in the bathrooms. Our toilets are not sufficient.”

Laith Tabbaa, a junior finance major, described his motivation for running for the presidential seat. He elaborated on a call to action for USG to allow for more students to have their voices heard and for a more welcoming feeling on campus.

“My biggest motivation running for this position is the students. Students deserve for their voices to be heard. Most importantly for all students, especially those students who are scared to voice their own opinion,” said Tabbaa.

Tabbaa paused for a moment before continuing.

“I was one of those students. I felt like I wasn’t wanted and I didn’t have a sense of community until I joined Kent State University.”

Tiera Moore, a junior English and political science double major and presidential candidate, contributed to the mental health cause by outlying three main goals of her campaign: safety, unifying the campus and mental and physical health. Moore’s platform focuses on making sure students can seek opportunities no matter their background.

“When I was a freshman, someone told me student government wasn’t for people who looked like me,” said Moore. “I want to make sure no student ever feels like that again.”

Students interested in reading the platforms of every candidate can read “Meet the Candidates” on KentWired or contact Megan Milam.

The USG election is March 10 and 11. Voting begins at 7 a.m and ends at 5 p.m. Students can vote on Flashline or on the USG website. Unofficial results will be announced on March 11 at 7 p.m in the Governance Chambers.