March 24, 2020: What you need to know today about the virus outbreak 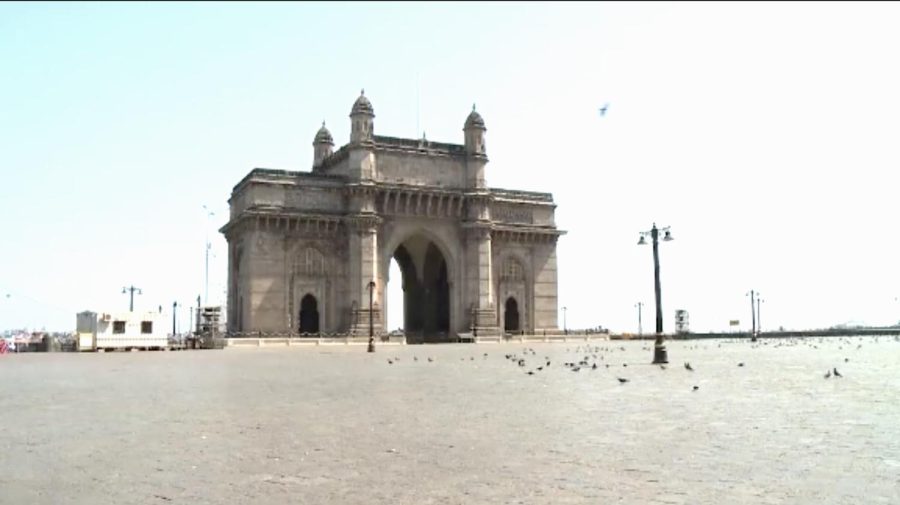 The Gateway of India, one of the prime tourist attractions in Mumbai, is deserted as Prime Minister Narendra Modi ordered a complete lockdown of the country's 1.3 billion people.

As virus deaths accelerate in the U.S., President Donald Trump has gone against the advice of scientists and top health experts, claiming he will reopen the country and its ailing economy in weeks, not months.

Around the globe, India, with 1.3 billion people, or one-sixth of the Earth’s population, ordered the biggest lockdown in the world, adding to the growing list of countries and American states that have told people to stay home. Just when it looked as if Italy might have turned the corner, officials reported a jump in new cases and deaths. And Spain had so many corpses it commandeered an ice rink to store them.

More than 400,000 people worldwide have been infected and over 18,000 have died, according to a running count kept by Johns Hopkins University.

Here are some of AP’s top stories Tuesday on the world’s coronavirus pandemic. Follow APNews.com/VirusOutbreak for updates through the day and APNews.com/UnderstandingtheOutbreak for stories explaining some of its complexities.

— President Donald Trump said he is hoping the country will be reopened by Easter, as he weighs how to refine nationwide social-distancing guidelines to put some workers back on the job amid the coronavirus outbreak.

— The International Olympic Committee announced a first-of-its-kind postponement of the Summer Olympics that were to have been held in Tokyo, bowing to the realities of a coronavirus pandemic that is shutting down daily life around the globe and making plans for a massive worldwide gathering a virtual impossibility.

— Hospitals are looking to test a century-old treatment used to fight off flu and measles outbreaks in the days before vaccines: using blood donated from patients who have recovered.

— As the coronavirus pandemic spreads, so too do the crimes related to it. It’s adding to the burden on law enforcement trying to protect vulnerable citizens.

— Malaysia’s medical glove factories, which make most of the world’s critical hand protection, are operating at half capacity just when they’re most needed.

— New York City hospitals have become the war-zone-like epicenter of the coronavirus crisis in the U.S. with a “cacophony of coughing” in packed emergency rooms, beds squeezed in wherever there is space, and overworked, sleep-deprived doctors and nurses rationed to one face mask a day.

— In the debut episode of “Ground Game: Inside the Outbreak,” host Ralph D. Russo talks to News Director for Greater China Ken Moritsugu about the lessons the rest of the world can learn from Asia to stem the spread of COVID-19.

WHAT YOU NEED TO KNOW:

For most people, the virus causes only mild or moderate symptoms, such as fever and cough. For some, especially older adults and people with existing health problems, it can cause more severe illness, including pneumonia. The vast majority of people recover.

Here are the symptoms of the virus compared with the common flu.

One of the best ways to prevent spread of the virus is washing your hands with soap and water. The U.S. Centers for Disease Control and Prevention recommends first washing with warm or cold water and then lathering soap for 20 seconds to get it on the backs of hands, between fingers and under fingernails before rinsing off.

You should wash your phone, too. Here’s how.

Misinformation overload: How to separate fact from fiction and rumor from deliberate efforts to mislead.

VIRUS BOT: While other industries struggle, Liu Zhiyong says China’s virus outbreak is boosting demand for his knee-high, bright yellow robots to deliver groceries and patrol malls looking for shoppers who fail to wear masks. Liu, CEO of ZhenRobotics Corp., is among millions of entrepreneurs who are gradually getting back to work after China declared victory over the coronavirus that shut down the world’s second-largest economy.

The Associated Press receives support for health and science coverage from the Howard Hughes Medical Institute’s Department of Science Education. The AP is solely responsible for all content.