Several Flashes have dominant performances at the Doug Raymond Qualifiers 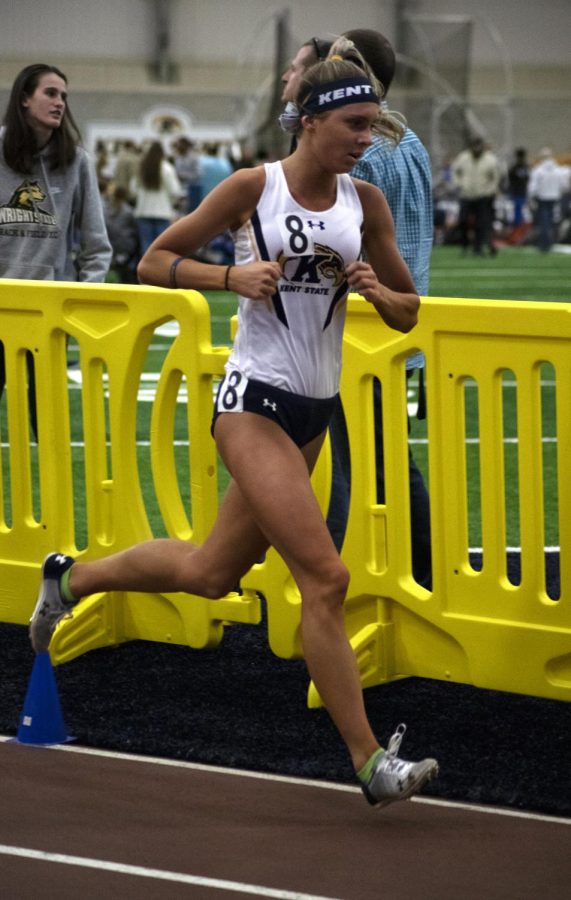 The Flashes won the men’s 4×400 relay and placed second in the distance medley.

Senior Christian Champen won the men’s pole vault with a vault of 5.22 meters. Senior Mitchell Kubicki was the runner-up with a height of 5.07 meters.

Sophomore Justin McKeal shattered his personal record by 17 seconds as he won the men’s 3000m.

“I didn’t expect to set a new PR or even win the race,” McKeal said. “I am not the only one who set a record today, I’m just a small piece in a larger puzzle.”

His coach, Bill Lawson, walked up to him after the meet and told him how happy he was for him and that he “needs to do it when it counts in two weeks at the Mid-American Conference Championships.”

Lawson also let the team know how proud he was of them and that they need to maintain their sense of urgency to have success in the next two meets.

The Kent State Tune Up meet will take place on Saturday, Feb. 22. The MAC Championships will occur the following week in Akron, Ohio.

Sean Blevins is a sports reporter. Contact him at [email protected]