College Democrats and Republicans meet face to face on immigration 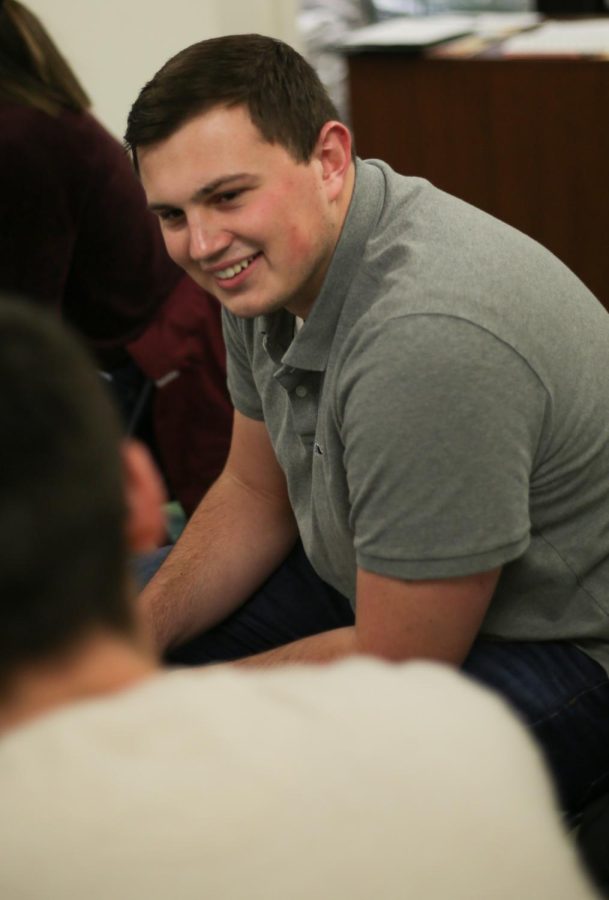 Republican representative and senior business management major Seth Koellner participates in a discussion about immigration at the Kent State Student Center on Feb. 10, 2020. Koellner is the president of the Kent State College Republicans.

When it comes to immigration, there is not a “right or wrong” answer, Jessica Roshak, assistant director of Student Leadership Development told students Monday night.

“It’s different party stances and it’s how we believe that we should get to the same solution,” said Roshak.

She talked to the Kent State College Republicans and Democrats as the two groups met to share their opinions on immigration and promote bipartisanship. The event was presented by KENTtalks.

College Republicans President Seth Koellner said events like these show the university the two groups are not just bickering with each other.

“The College Republicans and the College Democrats have tried to do something together every semester,” Koellner said. “Last spring, we did a gun panel discussion where we had pro-gun Democrats, anti-gun Democrats, pro-gun Republicans, so it was all opinions; it wasn’t a debate.”

Representatives of each group started by presenting their party’s ideas. Afterwards all attendees answered a questionnaire about immigration.

Students were to decide whether they agreed or disagreed with statements such as “a border wall will limit immigration” or “the process to become a legal citizen is too difficult and should be made easier.”

They were then asked to crumble their papers and throw them around the room, picking up someone else’s response. Each statement was read off of the questionnaire and students were asked to stand at a spot in the room that correlated with the response.

The participants were then split into two groups and were asked questions that each student answered aloud. College Democrat Anika Casanova said she enjoyed the setup.

“It gives you more empathy [as to] why that person thinks the way they do and a better understanding which a lot of the times we don’t get the opportunity to know,” Casanova said. “It’s just this is my opinion, and this is why you should agree with it.”

Questions presented in the small group session ranged from asking students what they intended to contribute to the event, how does media shape public perception on immigration and what is at the heart of immigration.

The parties did stick to their core beliefs, but students from both sides acknowledged having a personal connection with immigrants in some way. They both agreed that the matter was hard to openly talk about in the public eye and that the media has a hand in creating more polarization.

The groups were brought back together to talk about their takeaways. College Republican Cecilia Martin said that the two parties have more in common about the topic than the public thinks.

“We want immigration to be fixed,” Martin said. “Most of us can agree that it’s a broken system right now.”

Another thing that both groups agreed upon was the desire to see students that are not involved with either organization to show up at events in the future. It would offer a chance for College Republicans and College Democrats to hear new voices.

Brandon Justice, the membership director of College Democrats, said students should be attentive to the current political landscape.

“Almost every single issue you could talk about in politics affects you in some way or someone you love or someone you know,” Justice said. “I think people should absolutely pay more attention and develop their own ideas about certain topics.”