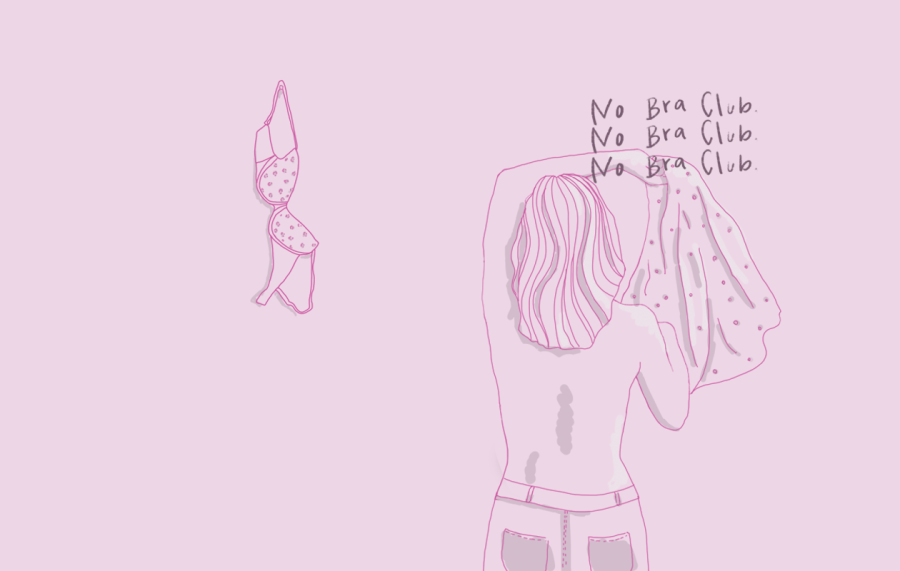 No bra movement (A MAG)

Dating back to the late 1960s, women stopped wearing bras as an act of protest in a highly traditional feminine society.

Women have burned their bras as a sign of feminism and a signal of how women are often over sexualized.

“We should not have to feel obligated to wear anything just because we are women,” said Miranda Canacci, a sophomore fashion merchandising major at Kent State.

Canacci believes the no bra movement is an important mark in the timeline of women’s history and feminism.

Today, women are still ditching their bras in their everyday lives to be more comfortable. This trend has become very popular among millennials.

Bralettes are also being worn to get shown off because, oftentimes, they have aesthetically pleasing embellishments like lace or interesting straps.

Not only are traditional bras seen as being uncomfortable, but they also can carry a high price tag. Younger women are finding bras in brick and mortar stores, like Victoria’s Secret, to be expensive, making them harder to purchase. Whereas, not wearing any bras can save a lot of money.

The No Bra Movement is still seen as an act of feminism, alongside the “Free the Nipple” campaign.

“Free the Nipple” was created in 2012, to represent the gender exclusive act of being shirtless in public. Since men are allowed to have their nipples exposed, women fought back with it being unfair and believe that right should be equal for both parties.

However, not all decisions of being braless are directed only toward feminism. Many women are choosing to have bare breasts for the sake of fashion.

Celebrities like Kendall Jenner, Rihanna, Miley Cyrus and more have been known for being braless on the red carpet or even in their daily lives. Thus, allowing more women to find confidence in being braless and incorporating this choice into their outfits and style.

Although being topless is not accepted everywhere, some states have laws stating otherwise, such as New York City. Since 1992, it has been legal for women to be topless in the city.

Other states like Çolorado, Wyoming, New Mexico, Oklahoma, Kansas and Utah have made it legal for women to go topless beginning in September of 2019.

“Addressing small parts of inequality can make a big difference in how people are treated on a day-to-day basis,” said Brit Hoagland, a plaintiff for the City of Fort Collins, Colorado. “And I thought ‘Free the Nipple’ was just one small step closer to how it should be.”