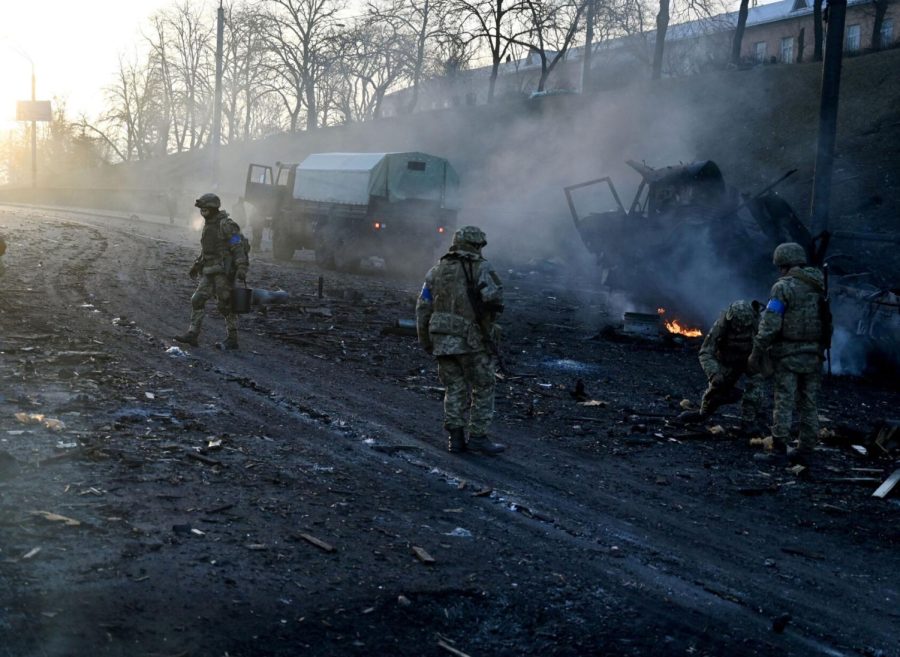 Ukrainian service members collect unexploded shells after a fighting with Russian raiding group in the Ukrainian capital of Kyiv in the morning of February 26, 2022, according to Ukrainian service personnel at the scene. – Ukrainian soldiers repulsed a Russian attack in the capital, the military said on February 26 after a defiant President Volodymyr Zelensky vowed his pro-Western country would not be bowed by Moscow. It started the third day since Russian leader Vladimir Putin unleashed a full-scale invasion that has killed dozens of people, forced more than 50,000 to flee Ukraine in just 48 hours and sparked fears of a wider conflict in Europe. (Photo by Sergei SUPINSKY / AFP) (Photo by SERGEI SUPINSKY/AFP via Getty Images)