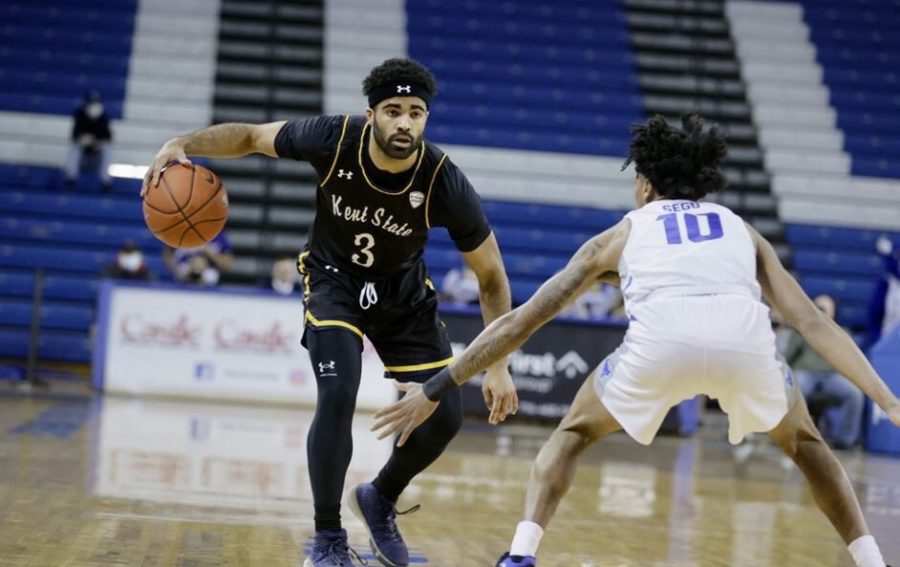 The Flashes improved to 12-9 on the year with a 7-4 record in the Mid-American Conference. The team currently sits fourth in the MAC standings behind Akron. Miami (3-6 MAC, 9-11 overall) is tied for ninth with two other teams.

“We are just trying to get better as we move into February,” head coach Rob Senderoff said. “That is certainly great to see we’ve won five out of six here, but now have to try and build off it.”

Kent State did not trail in the entire game. The Flashes started off hot, going on a 20-5 run early in the first half.

“We played a great first half and were able to hold them off,” Senderoff said. “The first half was the reason we were in the position we were in, and those first six minutes of the game is what gave us that lead.”

Along with the high-powered offense, the Flashes forced eight turnovers in the first half leading to 19 points off the turnovers.

“We were great in our gaps and our defensive pressure,” Senderoff said. “We really made it difficult for them and it made a huge impact on the game.”

An all-around dominant half left Kent State up 50-24 at the half. KSU continued the pressure taking the team’s biggest lead of the night by going up 30 with a score of 54-24.

Kent State’s big lead was enough to prevent Miami from coming back into the game, after a late second half push by the RedHawks.

The Flashes forced a total of 14 turnovers in the game. On the offensive side, the team was led by redshirt junior guard Sincere Carry, who had 20 points with six rebounds, three assists and a steal.

“We started the game the right way,” Senderoff said. “We are just trying to get better each game, and I felt like today was a good step in the right direction.”

Kent State will look to continue the hot stretch when the Flashes return to the M.A.C. Center on Saturday to take on Eastern Michigan (3-6, 8-12), which is tied for ninth.