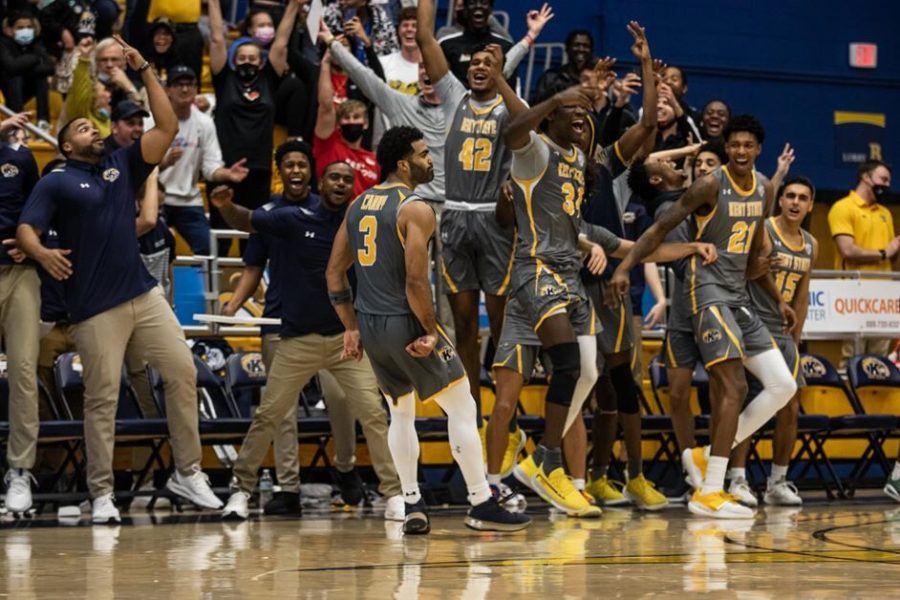 Multiple school records were broken for the Kent State men’s basketball team as it increased its winning streak to nine.

The Flashes have won nine games in a row for the first time since the 2003-04 season.

Redshirt junior guard Sincere Carry scored a career-high 42 points in a 93-82 victory. Carry broke the school record for threes made in a game, shooting 10-of-16.

“The defense were going under a couple screens with me, and they were giving me room to shoot,” Carry said. “My teammates kept finding me, and I was making the right plays coming off screens.”

“It feels great knowing that my name will be around for a long time,” Jacobs said. “It feels great because when Danny [Pippen] left he told me to get it for him, so he will be one of the first people I call.”

Coach Rob Senderoff was proud of the whole team after this performance.

“Obviously, unbelievable performances by both these guys,” Senderoff said. “It is just a team effort, Sin and Malique are going to get the headlines because it was amazing what those two guys did tonight, but the whole team wins the game.”

Toledo and Ohio are both tied for first place, and KSU only sits one game behind the two.

It was a rough first half for the Flashes offensively.

“You know you have to get stops and the tempo of the game is gonna be fast,” Senderoff said. “We will watch the film on Thursday, and our guys are hungry to get better.”

Kent State’s defense kept the score close forcing 13 turnovers. To go along with KSU’s defense, Carry had a great first half to keep the game close.

Carry had 17 points, two rebounds, three assists, and three steals in just the first half.

The Flashes found their rhythm in the second half.

The team shot 63 percent from three-point range in the second half and 63 percent overall.

“We weren’t as good as we’ve been on the defensive side of the ball,” Senderoff said. “Tonight the offense was unbelievable, obviously a great job, but we have a lot ahead of us.”

Then it was all Carry. Carry couldn’t seem to miss hitting three-straight three pointers.

The Flashes look to continue the hot streak and extend the win streak to double-digits when the team takes on Central Michigan (5-9, 6-19), which is in eighth place in the MAC, on Saturday.