Two officers shot and killed at Bridgewater College in Virginia 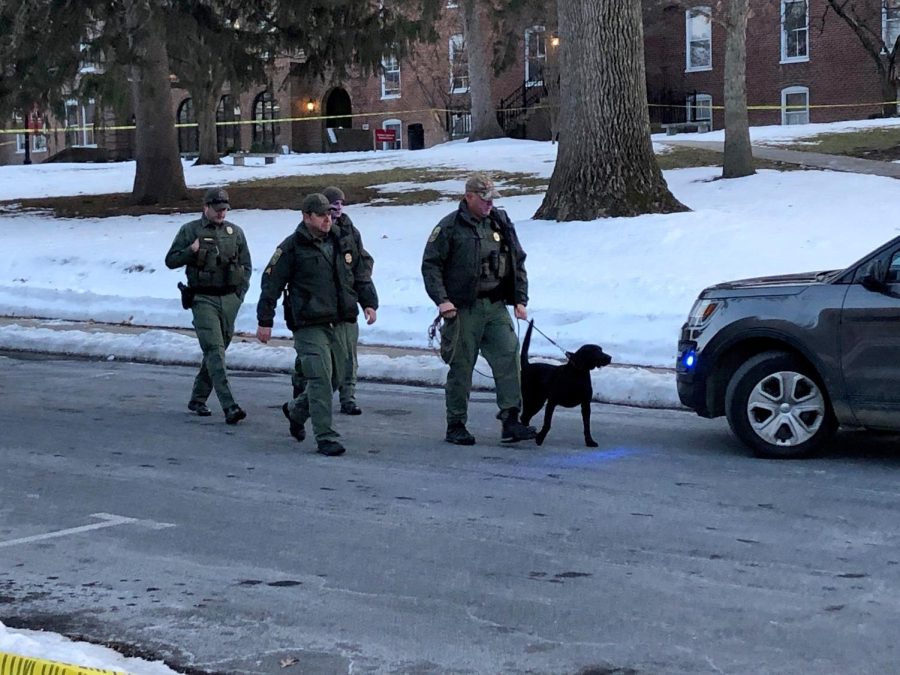 (CNN) — Two campus officers were shot and killed Tuesday during an active shooter situation at Bridgewater College in Virginia, according to college spokesperson Logan Bogert.

“I can confirm that a campus police officer and a campus safety officer died from gunshot wounds today,” Bogert told CNN’s Josh Campbell.

Campbell has been charged with two felony counts of capital murder, one felony count of first-degree murder and one felony charge of use of a firearm in the commission of a felony, Virginia State Police spokesperson Corinne Geller said at a Tuesday night news conference.

He is being held without bond at the Rockingham County Jail. CNN has been unable to determine whether Campbell has obtained an attorney.

College President David Bushman, in a message on the school’s Facebook page, called the shootings an “unspeakable tragedy.”

“Campus Police Officer John Painter and Campus Safety Officer JJ Jefferson were shot and killed on campus while protecting us,” Bushman wrote. “These officers were close friends, known to many of us as the ‘dynamic duo.’ John was JJ’s best man in his wedding this year. They were beloved by students, faculty, and staff. I hurt for their families and loved ones, as I know we all do.”

A shelter in place order that the college was under for most of the afternoon was lifted.

Around 1:20 p.m. multiple police agencies responded to a report of an active shooter on campus, police said in a statement.

“Initial report came in that two officers had been shot & the armed suspect fled the scene. State & local law enforcement immediately responded and initiated a massive search operation for the suspect.”

Gov. Glenn Youngkin said earlier he had been briefed on the shooting.