Women’s basketball falls to Bowling Green after rough second half 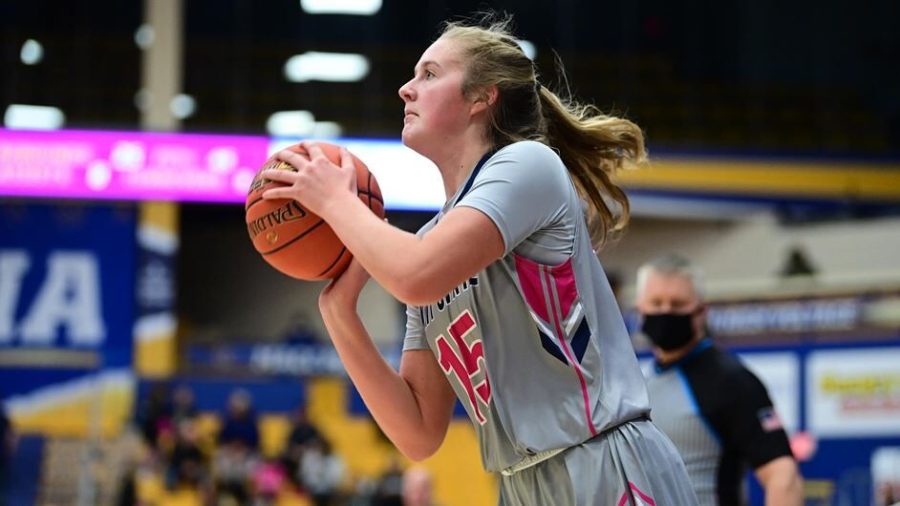 The top eight teams make the MAC tournament and with four games to go it’ll be a tight race to see which one makes it.

It was all junior forward Nila Blackford early on as she scored the first six points of the game to make it 7-6. KSU went on a 7-0 run with two buckets from freshman forward Bridget Dunn and three free-throws from senior guard Hannah Young to go up 13-9. Bowling Green tied it at 15, but a three-pointer from Dunn put KSU ahead by three. A late layup by the Falcons made it 18-17 after one quarter.

The game stayed a back-and-forth match in the second quarter. But a 10-5 KSU run, headlined by three junior guard Katie Shumate baskets, helped the Flashes take a 35-33 lead into halftime.

KSU held a 46-42 lead three minutes into the second half, but BGSU went on a 9-0 run to jump ahead. Dunn sank a three-pointer to break up the run, but the Falcons scored five straight to increase their lead. Freshman Jenna Batsch made a layup and a free throw near the end of the quarter, and Kent State trailed 57-54 after three.

Dunn hit a three-pointer with 1:50 left, but BGSU would answer with a layup. KSU wouldn’t find the basket again, losing 77-67.

The Falcons shot 58 percent from the field in the second half after shooting only 47 percent in the first.

Kent State finished with a 42.6 percentage on field goals and only shot 33.3 percent in the final quarter.

Dunn had a career-high 21 points, five rebounds and a steal.

Blackford rounded out the double-digit scoring with 10 points, seven rebounds and a steal.

Hampton had a career-high 23 points for the Falcons, and 12 of those came in the crucial fourth quarter.